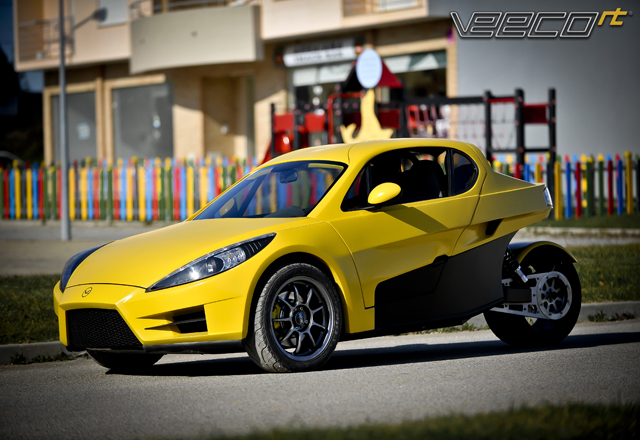 This Portuguese reverse electric trike has been promised since the Stone Age. The last time I read something about it the production start was planned for 2016, but I haven’t any news since.

Originally it was planned to use LiFePO4 cells in two different battery configurations. The standard battery would be 16 kWh with 200 km real world range, while the optional 48 kWh battery would have 400 km range.

Of course that a lot of things changed since 2009, the current NCM cells offer an energy density much higher than the LiFePO4 cells that were the best at the time. The use of NCM cells could reduce the car’s expected weight of 800 kg and increase the performance, since the acceleration from 0 to 100 km/h in 8 seconds isn’t great for a car that looks this sporty…

The price is expected to start between 23.000 and 25.000 €. If the Portuguese consortium isn’t able to move from prototype to production, I hope that this project doesn’t die. I can see it being built by the Tazzari Group. The Veeco RT would be a great addition to the brand. 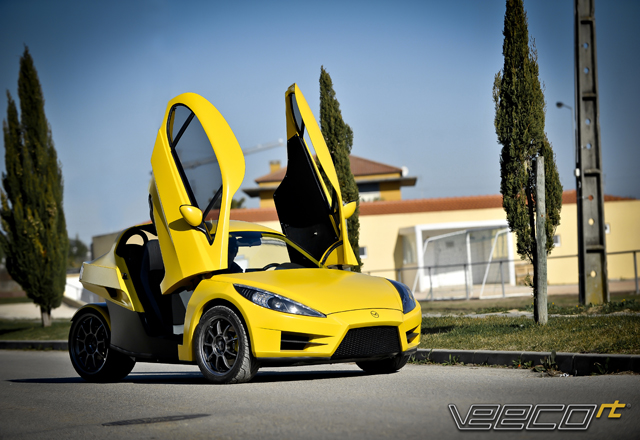 Veeco RT in yellow with doors up