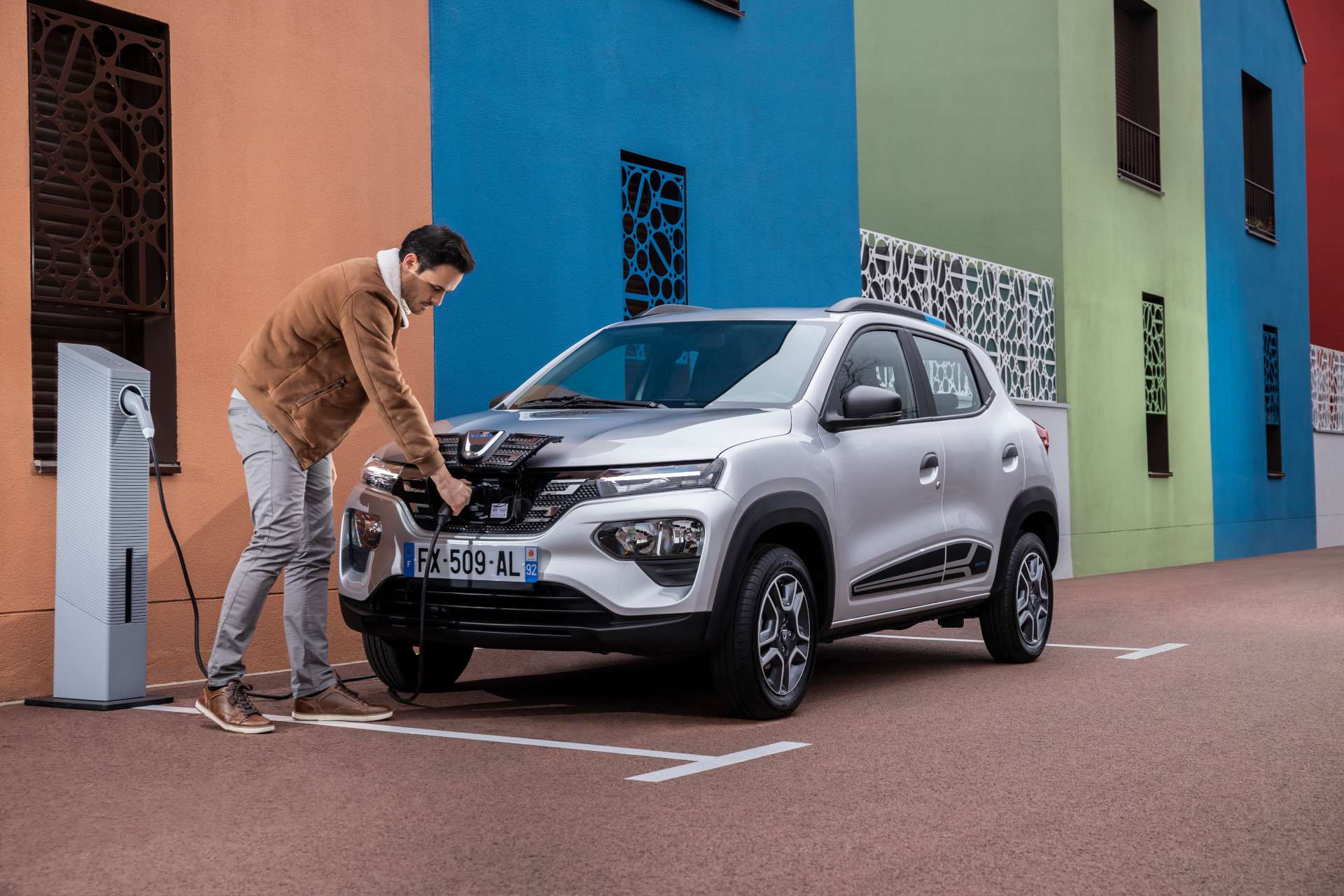 December saw France’s plug-in electric vehicles grow to take 25.0% share of the auto market, up fractionally from 24.4% a year ago. Full electrics grew at a decent rate, but plugin hybrids fell. Overall auto volumes for the month were flat year on year, but full year 2022 volumes were down almost 8% on 2021. The Dacia Spring was December’s bestselling BEV. 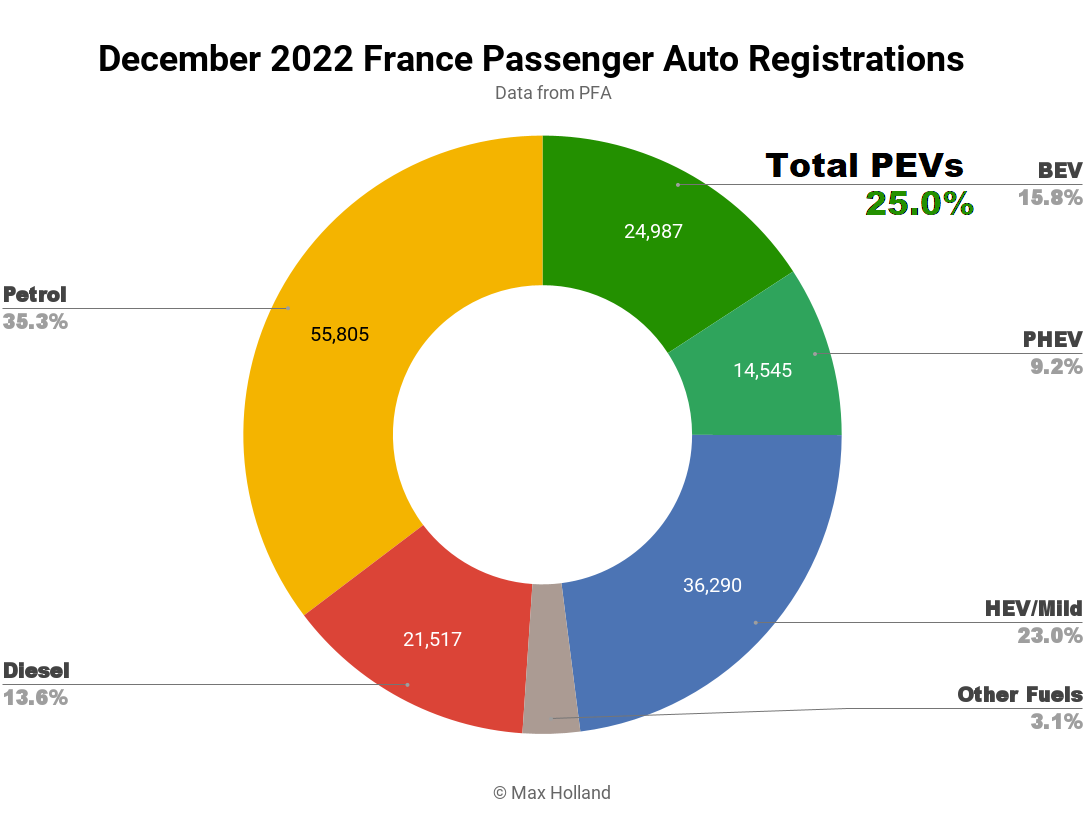 In volume terms, the picture was more subdued, since the wider context is that the 2022 overall French auto market in fact shrank by some 8% compared to 2021. Against this background, BEVs’ 203,121 total sales represented YoY volume growth of 25.3% (from 162,106 units).

The bigger picture is that France remains under-supplied with BEVs, and the same is true across Europe as whole. Different national markets may get allocation priority at different times. Rarely do growth rates accurately reflect consumer preferences, since overall supplies remain limited.

For example, we have just seen Norway receive relatively huge allocations from the pool of BEV supply in November and December, to boost sales ahead of vehicle tax increases in 2023. So, whilst France was allocated 45,290 BEV units across November and December, Norway received 49,628 units. This despite the French auto market being typically roughly 10x the size that of Norway, and typical monthly French BEV volumes being 2x those of Norway.

In short — given the inherently limited overall pool of supply — depending on shifting allocation priorities, some national markets will sometimes have boosted growth rates, and others suppressed growth rates. Certainly in the past few months of this year France has not received high priority, and thus its headline growth rates look a bit subdued, compared to neighbours like Norway, Sweden, or Germany.

In terms of overall powertrain evolution, plugins’ steady growth, combined with growth of plugless hybrids also, meant that traditional combustion-only powertrains remained under 50% of new sales for the second month in a row. 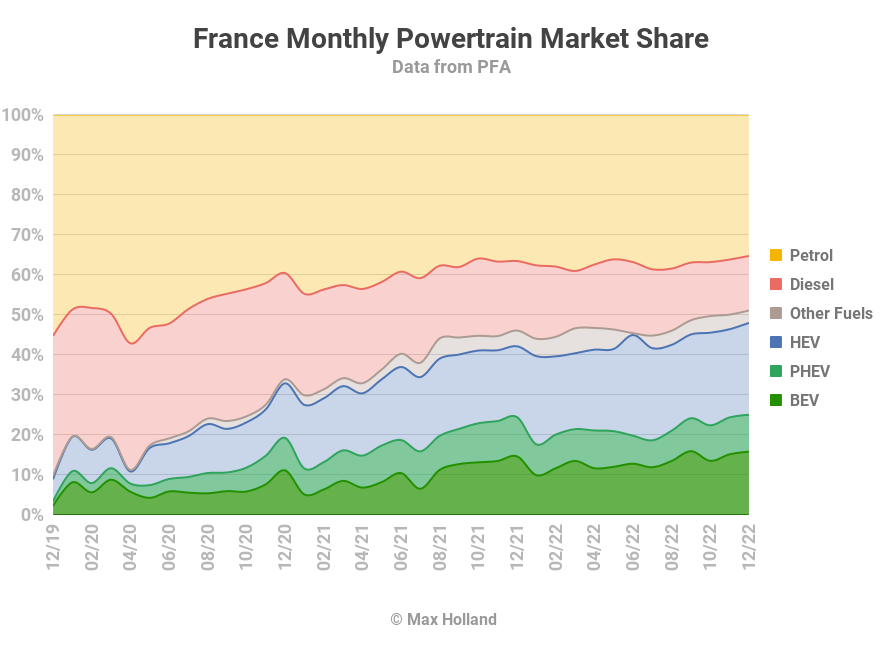 The Dacia Spring was December’s top selling BEV in France, bookending the year, following its previous win in January. The Tesla Model 3 took runner up spot, with the Renault Megane taking 3rd, just ahead of the Tesla Model Y. 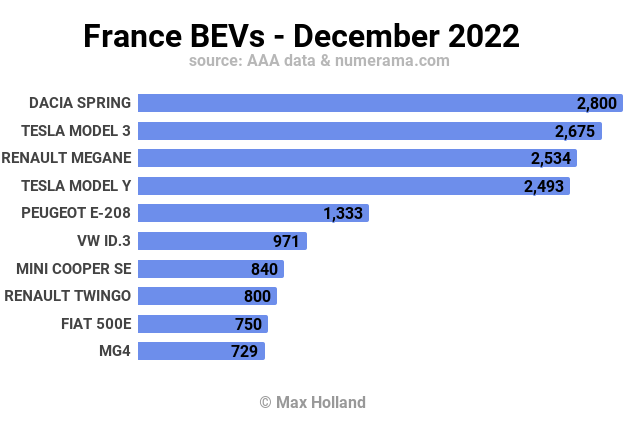 The new MG4 took 10th place, in only its 3rd month of volume deliveries. Expect it to climb higher still in the coming months.  The Volkswagen ID.3 also had a relatively strong December, over 3x its recent monthly volumes.

We don’t yet have enough depth of monthly model data to detect quietly emerging newcomers deep down the rankings, but we will keep an eye out for new entrants to the top 10 or top 20. 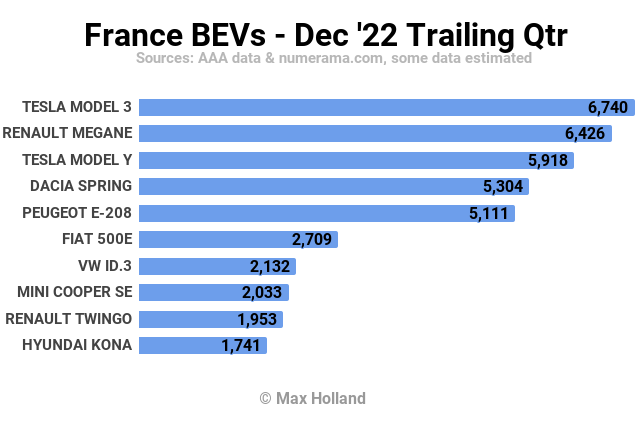 There are no great surprises in the top 10. It is good to see the VW ID.3 reclaim some position, thanks to almost three quarters of its volume coming in the second half of the year. The Renault Zoe had the opposite fate, with two thirds of its annual volume coming in H1, and dwindling performance since, meaning it dropped out of the top 10 in the last 3 months.

On that note, let’s look at the full year picture and see what’s changed since a year ago: 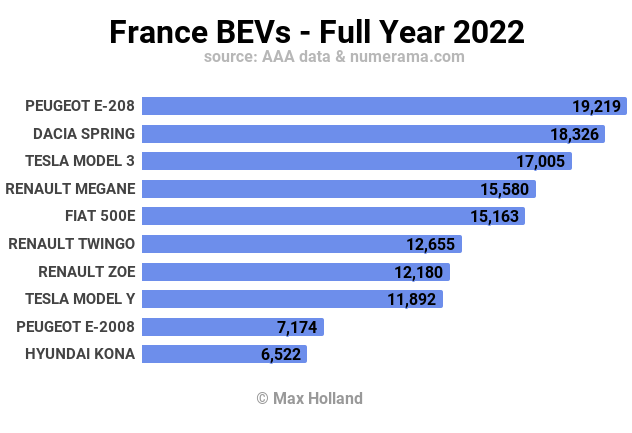 Other positions are mostly a shuffle, except that two newer BEVs have entered the top 10, the Model Y, from #21 to #8, and most impressively, the homegrown Renault Megane. The new local hero took 2022’s overall #4 rank, despite having only started volume deliveries in May. As the previous charts demonstrate, the Megane is now often challenging for the monthly and quarterly top spot, and looks firmly set to take the overall title in 2023.

The PFA’s communications head, François Roudier, in an interview with AFP, talked of “a succession of crises… semiconductor crisis, the war in Ukraine, difficulties in delivering vehicles due to a lack of drivers, an increase in the cost of materials, and a fuel too expensive.” (machine translation)

Obviously price inflation of fuel and energy in Europe, and other materials, are related to the war in Ukraine also, and the sanctions on imports from Russia. The prospects for the French auto industry 2023 are hardly any different, with no immediate end in sight to the conflict.

There is no lack of demand for BEVs in France, though supply will continue to be limited for the foreseeable future. Other things being equal, we can expect continuing slow but steady progress of the EV transition in France, but not the dramatic growth rate that we saw in 2020 and 2021.

What are your thoughts on France’s auto industry and EV transition? Please share your perspective in the comments below.