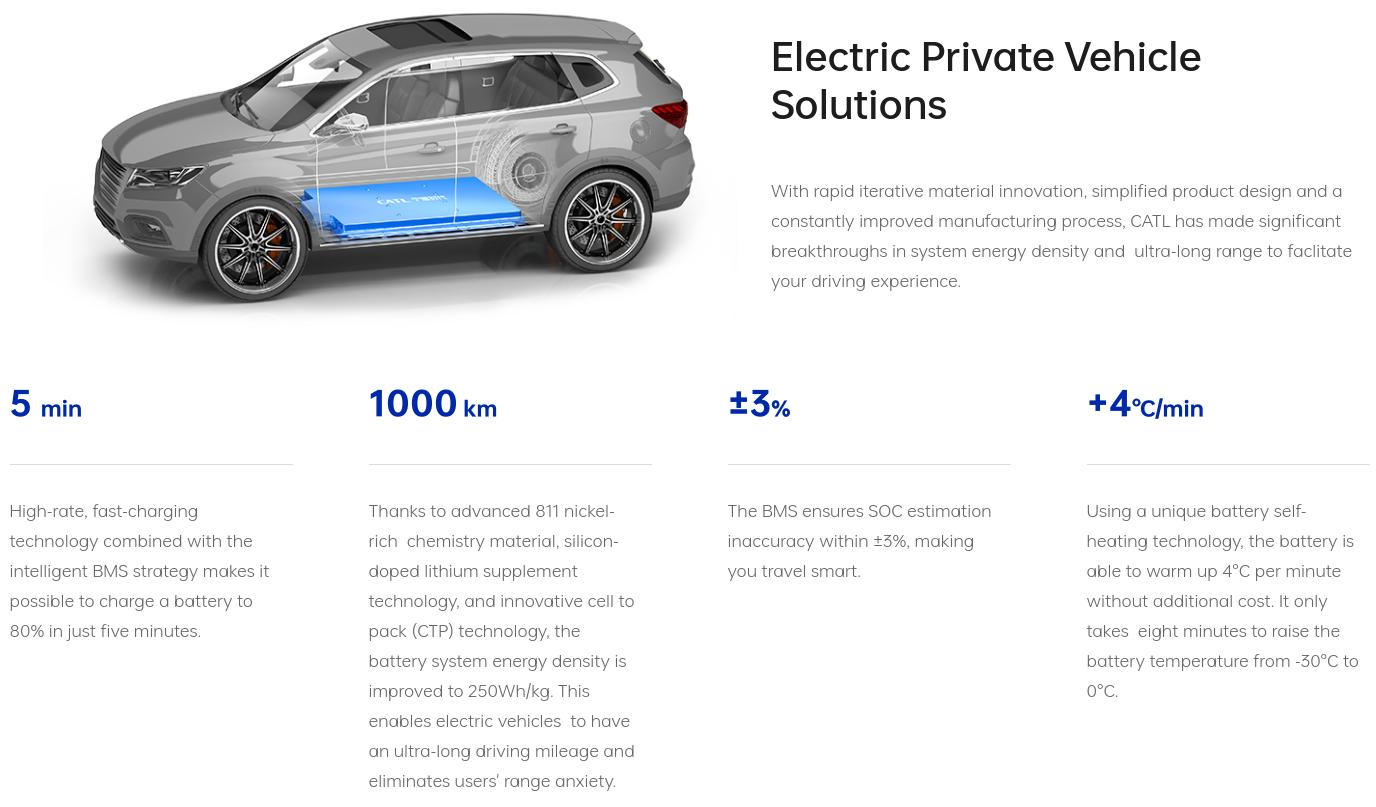 In its recent presentation of the Qilin battery CATL promised the ability to charge from 10 to 80 % in just 10 minutes, this represents a 4 C-rate charge. However, in its official website, CATL is now promising a much better charging rate.

What do you think about charging 80 % of an electric car’s battery in just 5 minutes? This is what CATL is now announcing.

With this battery technology who really needs or wants ICE, PHEV or FCEV?

This is roughly a 10 C-rate and definitely aimed for 800-volt systems. The best we have seen until now was the impressive 6 C-rate charging capability of the GAC Aion.

The main problem with CATL is that – unlike BYD -, it doesn’t produce its own electric cars. Therefore, it needs to wait for external automakers to analyse and then decide whether to adopt a new battery tech or not.

I really think that all big battery makers should have their own automakers to speed up the process of implementing new battery technologies.

For example, a revolutionary, yet simple battery tech such as CTP (cell to pack) is taking forever to be embraced by legacy automakers…

Anyway, I think that Huawei and Changan will be the first customers of this super-fast charging technology from CATL, with the introduction of the CHN platform.