CATL released more details on its new module-less battery packs called Qilin, which are expected to be mass produced and come on the market in 2023.

On June 23, CATL launched Qilin, the third generation of its CTP (cell-to-pack) technology. With a record-breaking volume utilization efficiency of 72% and an energy density of up to 255 Wh/kg, it achieves the highest integration level worldwide so far, capable of delivering a range of over 1,000 km in a breeze.

Focusing on the very nature of electrochemistry, CATL continues its endeavor to push beyond the boundaries of innovations in system structure. In 2019, CATL launched the world’s first module-less battery pack CTP, taking the lead in achieving a volume utilization efficiency of over 50%. Together with overall breakthroughs in the core process, algorithm and materials, CATL redefines battery structure design with “Qilin,” which is named after a legendary creature in Chinese mythology.

Function Integration. In the CTP 3.0 battery, the internal crossbeam, liquid-cooling plate and thermal pad have been integrated into a multifunctional elastic interlayer. It also features built-in micron bridges inside the interlayer, which flexibly accommodate the changes inside the cell, improving the battery reliability throughout its full life cycle. The integrated energy unit, which is composed of the cell and the multifunctional elastic interlayer, builds a more stable load bearing structure perpendicular to the driving direction, thus enhancing the shock and vibration resistance of the battery pack.

Disruptive Water Cooling Design. By placing liquid cooling functional parts between adjacent cells, the trailblazing large-surface cell cooling technology increases the heat transfer area by four times, cuts thermal control time in half, and supports a hot start in 5 minutes and fast charging in 10 minutes. It enables the cell to cool down rapidly in extreme circumstances, effectively preventing abnormal thermal conduction among cells. Moreover, it has achieved thermal stability and thermal safety for all chemical systems, making it compatible with materials with higher energy density.

From the material, cell to system structure, the systematic engineering mindset runs through the whole chain of research and development in CATL. Supported by the above-mentioned technological innovations, the CTP 3.0 battery can increase the energy density to 255Wh/kg for ternary battery systems, and 160Wh/kg for LFP battery systems. With the same chemical system and the same pack size, it can deliver 13% more power than the 4680 battery, accomplishing an all-round improvement in range, fast-charging, safety, service life, efficiency and low-temperature performance.

The CTP 3.0 batteries, or Qilin, are expected to be mass produced and come on the market in 2023. From simulated computing in the micro world to artful streamlining inside the battery structure, CATL remains focused on technological ingenuity and independent innovation, aiming to promote the overtaking of fossil fuel vehicles by electric ones. 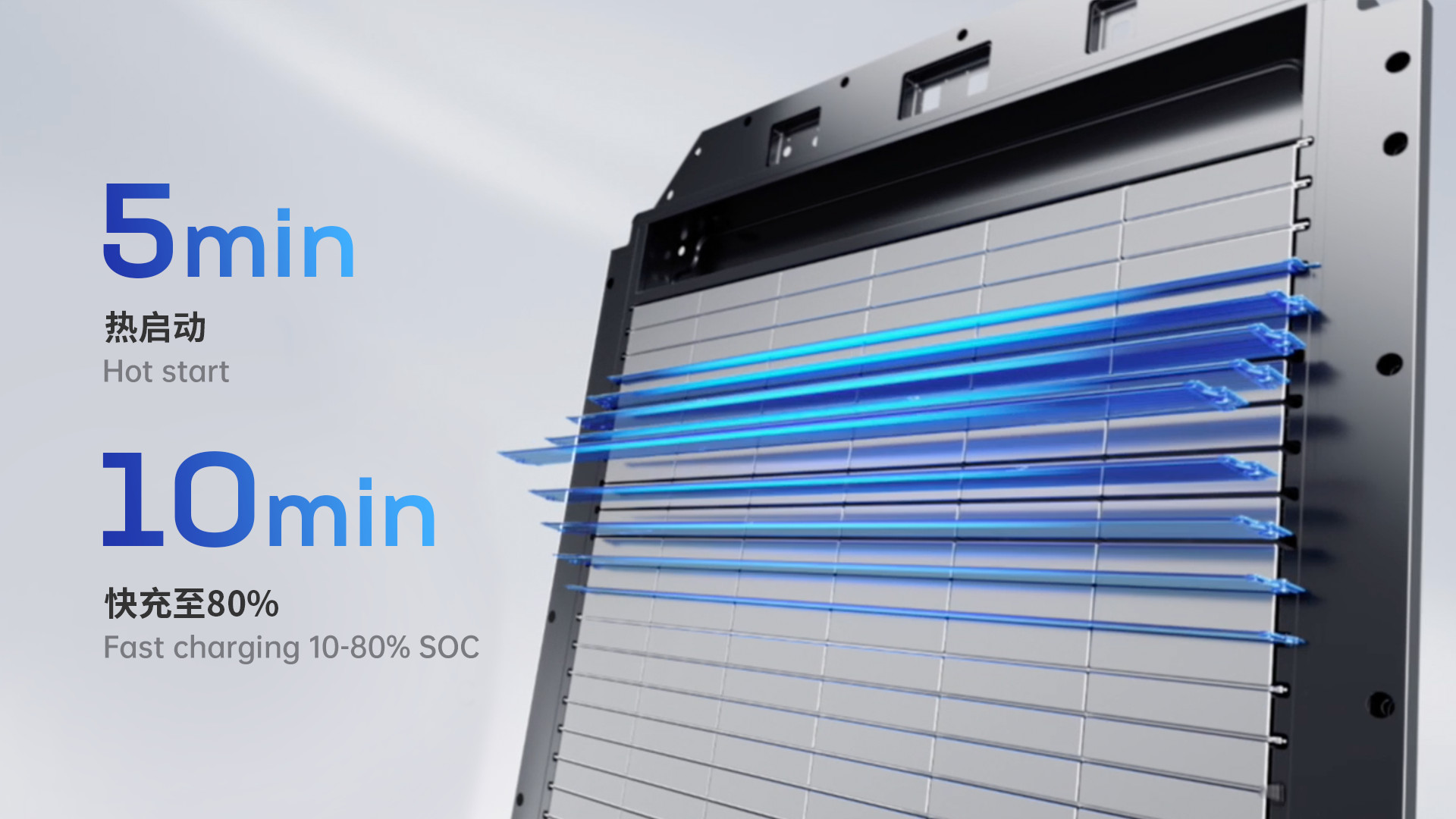 There are a lot of things to like in this CTP (cell-to-pack) technology.

The VCTP (volumetric cell to pack) ratio is 72 %, which is the percentage of the total battery pack volume dedicated to the active material that actually stores energy (cells), leaving 28 % of the total volume to the passive material, responsible of assembling and protecting the cells. For comparison, the popular BYD Blade battery had an estimated VCTP ratio of 62,41 % when released.

The GCTP (gravimetric cell to pack) ratio isn’t announced, but it should be around 85-90 %, which is common in module-less battery packs.

CATL will use multiple metal plates between the cells multiplying the heat transfer surface area by 4, making the TMS (Thermal Management System) very fast and efficient in heating or cooling the battery. This will not only enable to heat the battery in just 5 minutes when there are freezing temperatures, but also cool down the battery so it can be charged at a constant 4 C-rate and only take 10 minutes from 10 to 80 %.

Regarding gravimetric energy density, the pack can reach 160 Wh/kg with the cobalt-free LFP (LiFePO4) battery chemistry and 255 Wh/kg with NCM.

CATL claims that the NCM packs will enable a range of 1.000 km, probably in China Light-Duty Vehicle Test Cycle (CLTC), which is around 782 km in WLTP.

While cheaper LFP packs with the same weight would be able to provide a range around 627 km in CLTC and 490 km in WLTP.

Summing up, faster charging and longer range will be possible with the new module-less battery packs.

Considering that 4 C-rate charge is available (public charging network needs to improve), the range provided by module-less LFP packs will be more than enough for most people. Imagine an efficient electric car with a 60 kWh LFP battery that can be charged at a constant 240 kW rate, do you really need more battery capacity?

Now I’m waiting for Korean, Japanese and eventually European battery makers to launch their CTP batteries. I’m curious to see what they’ll bring new to the table. Right now the Chinese companies are way ahead.