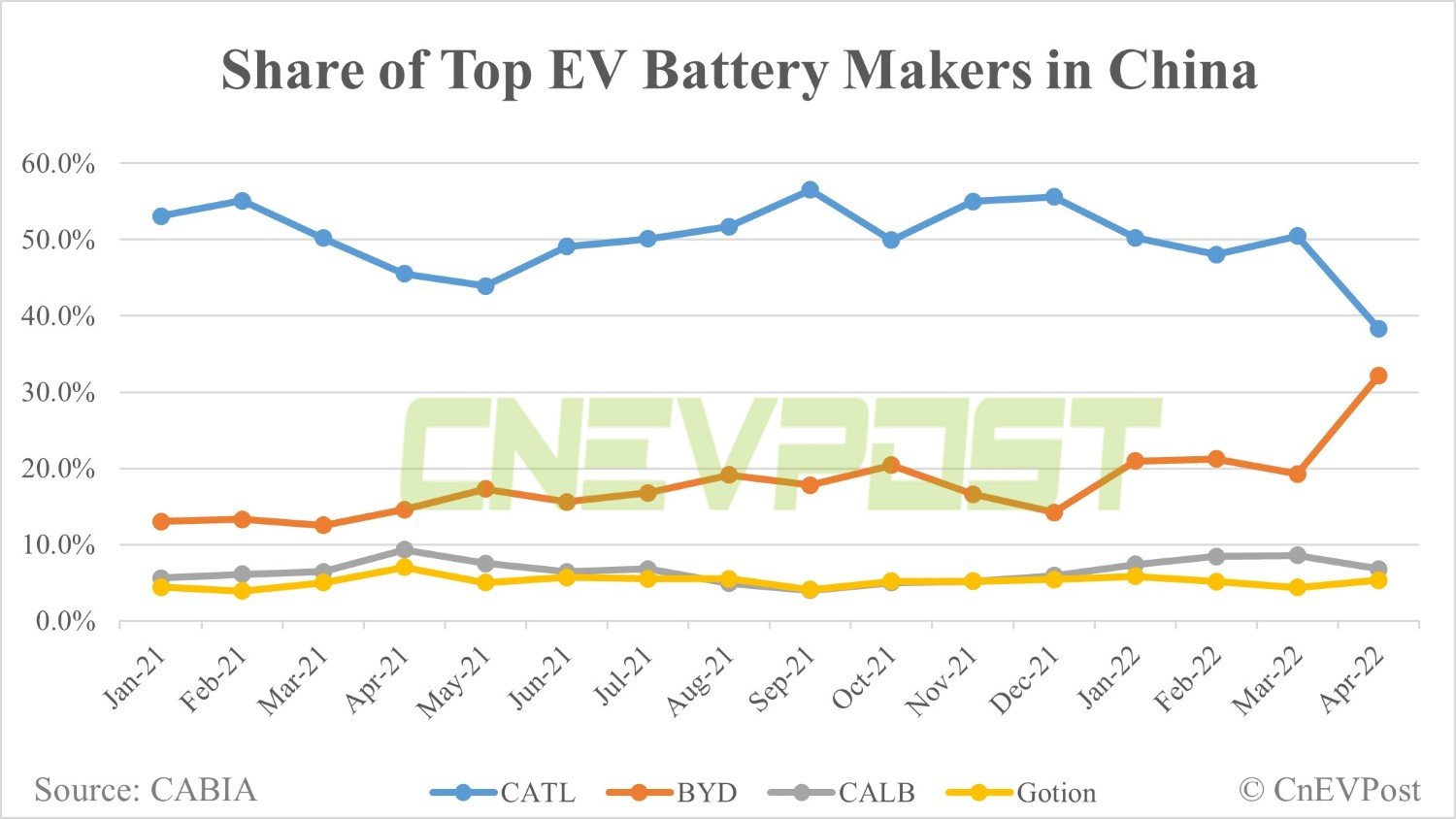 The gap between BYD and CATL in China as been narrowing… Ultimately, I think that BYD will become the world’s biggest battery maker.

Both battery makers have their pros.

In the long run, I think that BYD has the best advantages.

CATL is becoming very dependent of one customer (Tesla) and this isn’t a good thing. Just look to what happen to Panasonic, as soon as it lost its status of Tesla’s sole battery supplier, the Japanese battery maker went into a downward spiral…

Some battery makers in China are buying automakers and I think this is a great strategy. This way, all batteries produced have destination and battery makers don’t have to rely on laggard legacy automakers to speedup their production plans.

Anyway, there’s an underdog that worth mention. SVOLT has its own version of short-blade batteries available in two cobalt-free chemistries (LFP and LNMO) and is targeting start of production in Germany by the end of 2023. This is probably the small battery maker with the best potential to grow – if nothing unexpected happens.