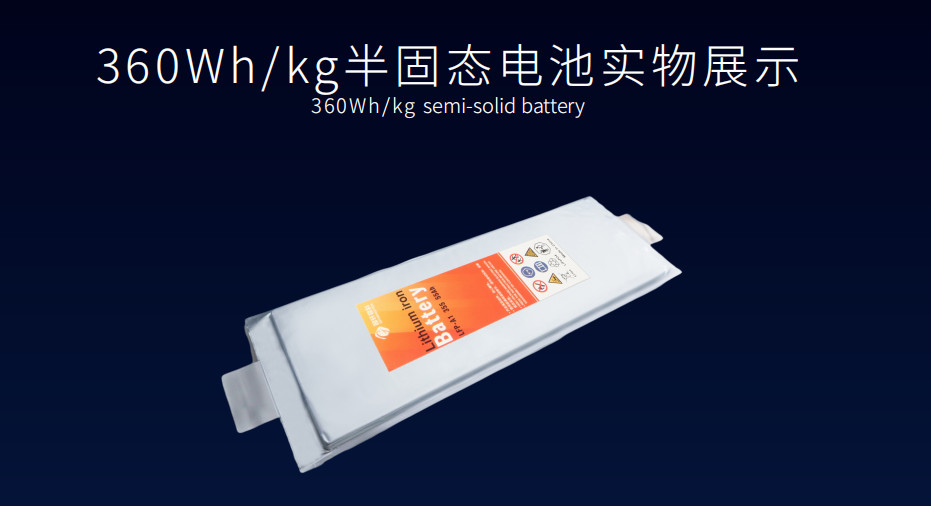 Considering that it still requires some cobalt, it doesn’t seem to be a cost-friendly battery technology for the masses. Moreover, the poor GCTP ratio of 72 % makes the battery pack less impressive, which suggests that this technology still requires a lot of passive material to work properly.

However, Guoxuan says that its second generation of semi-solid state battery cells will reach 400 Wh/kg and will be considerably safer, which means that less passive material will be required to protect the pack.

On the other hand, module-less battery packs made with super-safe LFP (LiFePO4) cells are already much simpler and can achieve a GCTP ratio of 90 %, requiring only 10 % of the weight in passive material to assemble and protect the pack.

Unfortunately, Guoxuan also announced its new roadmap for LFP battery cells and the goal of reaching 260 Wh/kg is now delayed until 2030…

Anyway, the most energy dense LFP battery cell that Guoxuan can now mass produce produce is 47 Ah and weighs 710 grams (210 Wh/kg), which translates to 180 Wh/kg at the pack level. The official GCTP ratio of the JTM (jelly-roll to module) technology is now confirmed to be 86 %, not 90 % as previously announced…

I’m not a big fan of the JTM technology – that still uses pouch cells and modules -, but using long prismatic blade battery cells probably isn’t an option for Guoxuan yet, since they won’t be compatible with Volkswagen’s current MEB platform.