SVOLT Energy now plans to reach a battery cell production capacity of 600 GWh by 2025 and become the world’s biggest producer.

Let’s see how does this figure compares to other major Chinese battery cell makers.

Notice that 600 GWh is enough to produce 10 million battery packs of 60 kWh each or even 12 million if the capacity is 50 kWh. I think that a 60 kWh battery is the sweet spot for most efficient passenger electric cars that carry 5 people. On average 70 million cars are sold every year globally.

SVOLT is now focused on its short blade battery design that will be used in module-less battery packs. 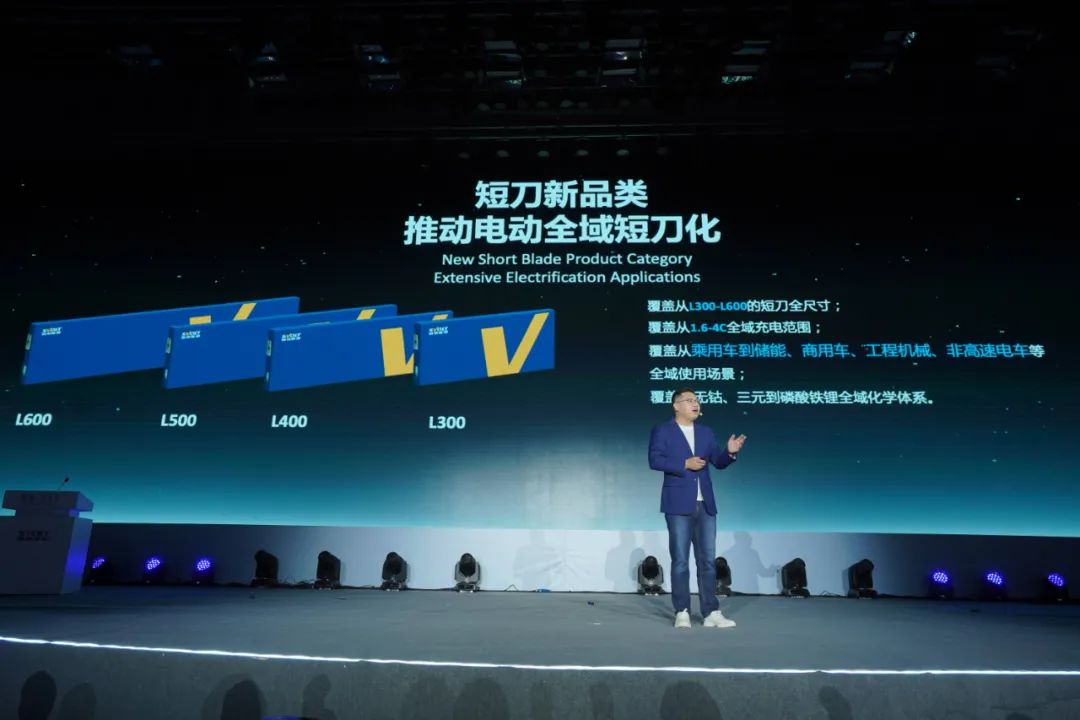 It will be available in 4 sizes:

For big trucks there will also be a much longer L4000 model.

The short blade batteries will be available in different chemistries, such as the cobalt-free chemistries LFP and NMx, but also more energy dense chemistries such as NCM or NCMA.

Finally, SVOLT stated that its L600-NCM “Jelly Battery” will be extremely safe and pass even the puncture test without smoke or fire. SVOLT also claims an energy density of 230 Wh/kg at the battery pack level thanks to the CTP (cell-to-pack) approach, which is impressive.

I think that SVOLT is on the right track and has a good strategy to at least enter into the world’s top 3 battery makers.

I hope that Guoxuan finally gives up on its pouch cell approach and embraces CTP combined with long prismatic cells.

I want to see BYD adopt CTP in its vast offer of ESS (Energy Storage Systems). Get rid of modules already!

Upcoming European battery cell makers should be taking notes and copy SVOLT’s strategy, instead of wasting resources with multiple prototypes of cylindrical and pouch cells designed to be used in modules. If you arrive late to the party, at least do your homework…