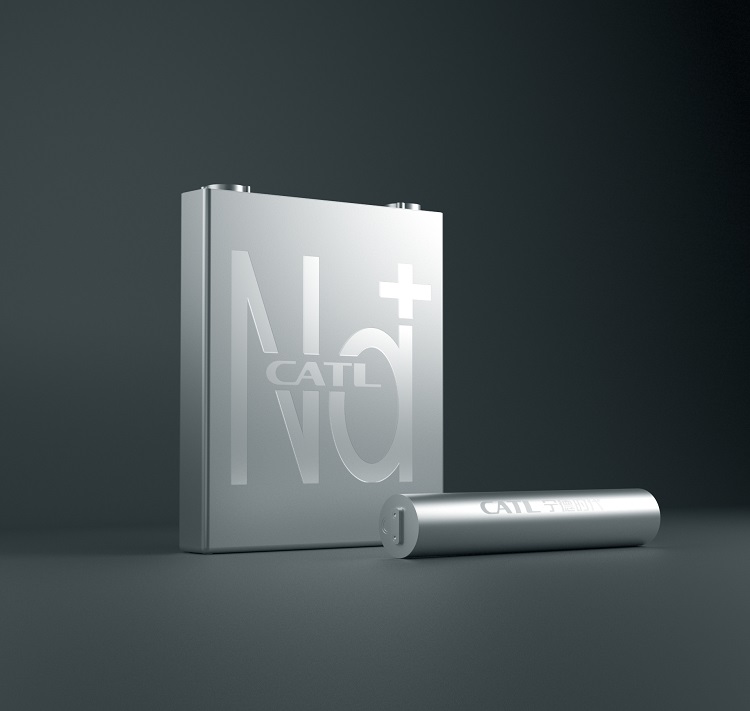 Let’s see some highlights of the press release.

Based on a series of innovations in the chemistry system, CATL’s first generation of sodium-ion batteries has the advantages of high-energy density, fast-charging capability, excellent thermal stability, great low-temperature performance and high-integration efficiency, among others.

The energy density of CATL’s sodium-ion battery cell can achieve up to 160Wh/kg, and the battery can charge in 15 minutes to 80% SOC at room temperature.

Moreover, in a low-temperature environment of -20°C, the sodium-ion battery has a capacity retention rate of more than 90%, and its system integration efficiency can reach more than 80%.

The sodium-ion batteries’ thermal stability exceeds the national safety requirements for traction batteries. The first generation of sodium-ion batteries can be used in various transportation electrification scenarios, especially in regions with extremely low temperatures, where its outstanding advantages become obvious. Also, it can be flexibly adapted to the application needs of all scenarios in the energy storage field.

The next generation of sodium-ion batteries’ energy density development target is to exceed 200Wh/kg.

At the event, Dr. Qisen Huang, deputy dean of the CATL Research Institute, said that sodium-ion battery manufacturing is perfectly compatible with the lithium-ion battery production equipment and processes, and the production lines can be rapidly switched to achieve a high-production capacity. 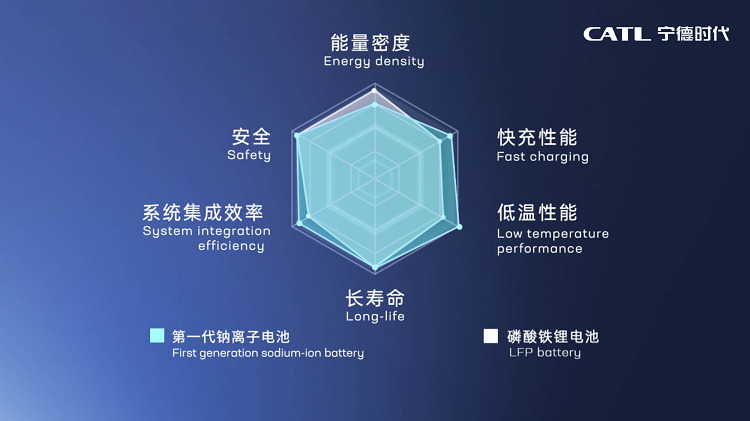 I was expecting that at best the first generation would have a gravimetric energy density of 150 Wh/kg. However, with battery cells that achieve an energy density of 160 Wh/kg, if combined with CTP (cell-to-pack) technology, module-less battery packs can reach 144 Wh/kg, which make this first generation SIB not only adequate for energy storage systems (ESSs), but also for electric vehicles.

Now the goal is to surpass 200 Wh/kg in the next generation.

Moreover, the performance at low temperatures is impressive, for example the NCM 622 battery cells from LG used in the old generation Renault ZOE ZE 40 only retain 60,2 % of their capacity at -20º C.

Anyway, at first, sodium-ion batteries will be mostly used in energy storage systems and it’ll still be extremely positive for electric vehicles, because more lithium will become available to build energy-dense EV batteries.

Soon, EV fast charging stations will have batteries to serve as buffers and keep the electrical grid more stable, SIBs seem perfect for the job. Tesla should definitely consider this battery technology to build its Megapack.

As I understand it, CATL sodium-ion batteries are now only available for big industrial projects, like megapacks. By 2023 they’ll become available to any OEM (Original Equipment Manufacturer).