Renault moves away from LFP batteries 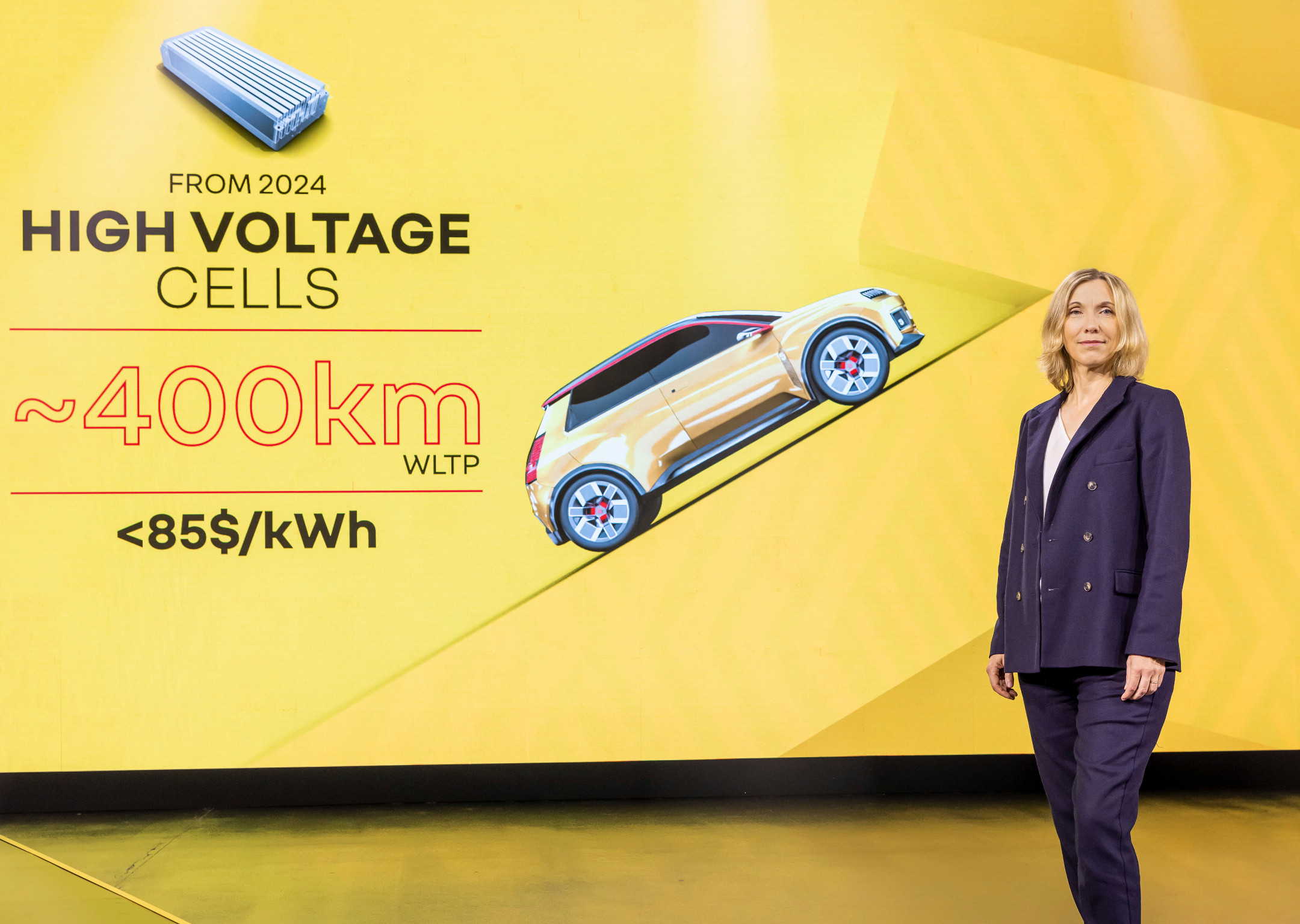 Yesterday I wasted my time watching Renault’s eWays pathetic event. This was the event where Renault was going to show us how to popularize electric cars and finally make them affordable. I was expecting the announcement of something obvious to cut costs like a CTP (cell-to-pack) battery pack made with prismatic LFP (LiFePO4) cells.

Instead, Renault changed the strategy and moved the goalposts again. Renault’s electric cars won’t compete with their gas-counterparts in price and availability anytime soon.

The French automaker informed us that it’ll keep using modules with NCM battery cells exclusively and the Renault 5 Electric won’t actually be affordable, not even in 2024…

Let’s see the highlights from the press release.

Renault Group makes a historic acceleration in its EV strategy, leveraging its technological and industrial assets along with 10 years of experience in electric mobility to make bold choices and offer competitive, sustainable, and popular electric vehicles. 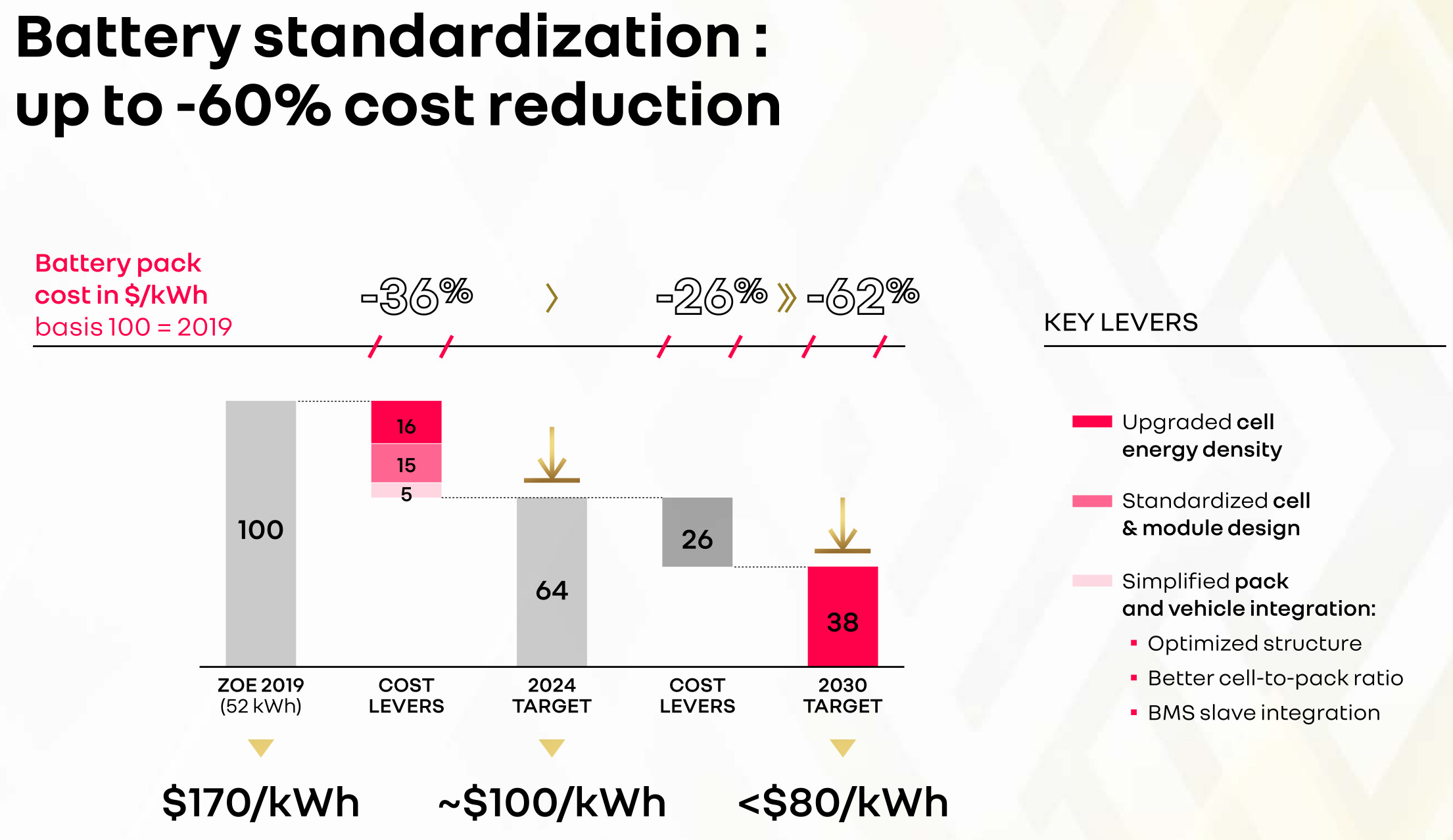 Leveraging its 10-year experience in the electric vehicle value chain, Renault Group’s battery strategy led to bold standardization choices within the Alliance to unleash competitiveness. With NMC based chemistry (Nickel, Manganese & Cobalt) and a unique cell footprint, the Group will cover 100% of the future BEV launches across all segments. It will cover all ranges with up to one million electric vehicles Alliance-wide by 2030. This chemistry choice delivers a very competitive ratio of cost per kilometer, with up to 20% more range compared to other chemistry solutions and a much better recycling performance.

At cell level, the Group will offer:
– As part of its EV strategy, Renault Group is partnering with Envision AESC which will develop a gigafactory in Douai with a capacity of 9 GWh in 2024 aiming at reaching 24 GWh by 2030. Close to Renault ElectriCity, Renault Group’s partner will produce latest technology, cost-competitive, low-carbon and safe batteries for electric models, including the future Renault 5.

– Renault Group has also signed a Memorandum of Understanding to become shareholder of the French start-up Verkor with a stake of over 20%. The two partners intend to co-develop a high-performance battery suitable for the C and higher segments of the Renault range, as well as for the Alpine models. The partnership includes the development of a pilot production line in France for battery cells and module prototyping from 2022. In a second step, starting from 2026, Verkor aims to build the first gigafactory for high performance batteries in France, with an initial capacity of 10 GWh for the Renault Group, potentially rising to 20 GWh by 2030.

In less than 10 years, the Group will drive its costs down step by step by 60% at pack level, with a target below 100 dollars/kWh in 2025, and even under 80 dollars/kWh while preparing the arrival of All Solid State Battery technology within the Alliance in 2030. 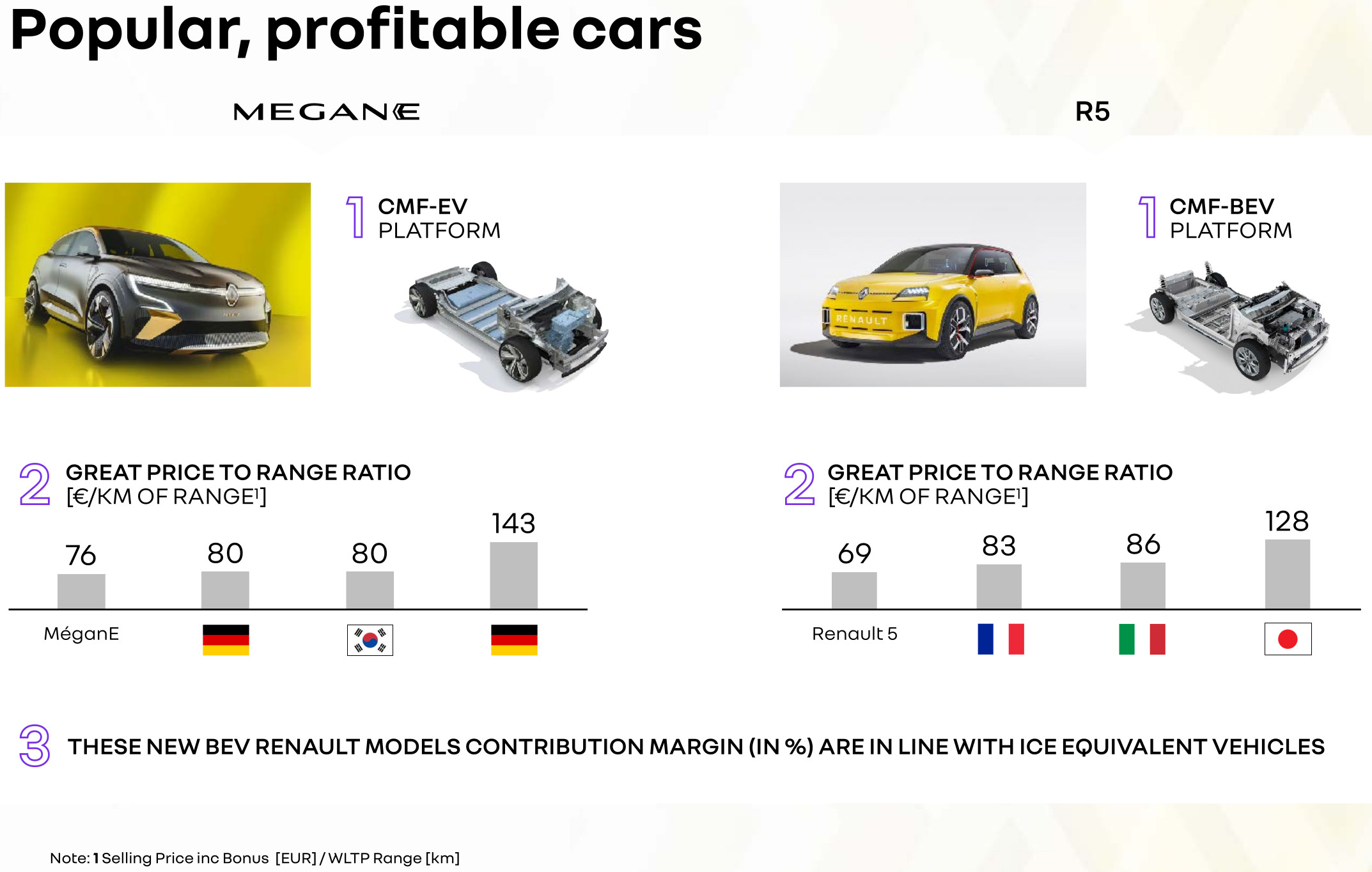 While Renault talked about the future adoption of important technologies to improve electric cars, such as 800-volt systems and V2G (Vehicle-to-Grid), the most important information we got from this eWays event is that Renault won’t adopt LFP (LiFePO4) battery cells anytime soon and will focus on NCM chemistry instead. This represents a change in strategy and is surprising in a bad way.

Previously, Renault’s CEO Luca de Meo suggested multiple times that in the near future, electric cars from Renault would be available with two batteries chemistries (LFP and NCM). It would be a strategy similar to what Tesla and Volkswagen already announced.

Without LFP batteries the Renault 5 Electric won’t be the affordable electric car that we expected it to be. Now with an expected price of 27.600 euros (69 euros per km of range) it’s unlikely to become a game changer when it arrives in 2024…

Notice that in 2024 there will be no government subsidies to buy electric cars, this means that in some countries the Renault 5 Electric will actually be more expensive to buy than the Renault ZOE is today. It won’t be the affordable electric car that Renault promised us!

Pretending that isn’t currently possible to make good electric cars that are also affordable is just a strategy that most automakers use to prevent the implementation of stricter emissions regulations. Automakers need to convince the general public and policy makers that with today’s battery technology electric cars can’t replace nor compete with ICE (Internal Combustion Engine) cars in price and availability. This is an obvious TINA (there is no alternative) strategy that the status quo regularly uses and I constantly try to debunk.

This way automakers can keep selling polluting cars that poison the air that we breathe without consequences.

Fortunately, Chinese automakers are proving that good affordable electric cars are already possible with today’s battery technology and the NETA V Co-sport Magic Edition that costs less than 12.000 euros without subsidies is a good example.

The surprised Pikachu meme sums up the current situation.

What do you think about Renault eWays event? Were you also disappointed?