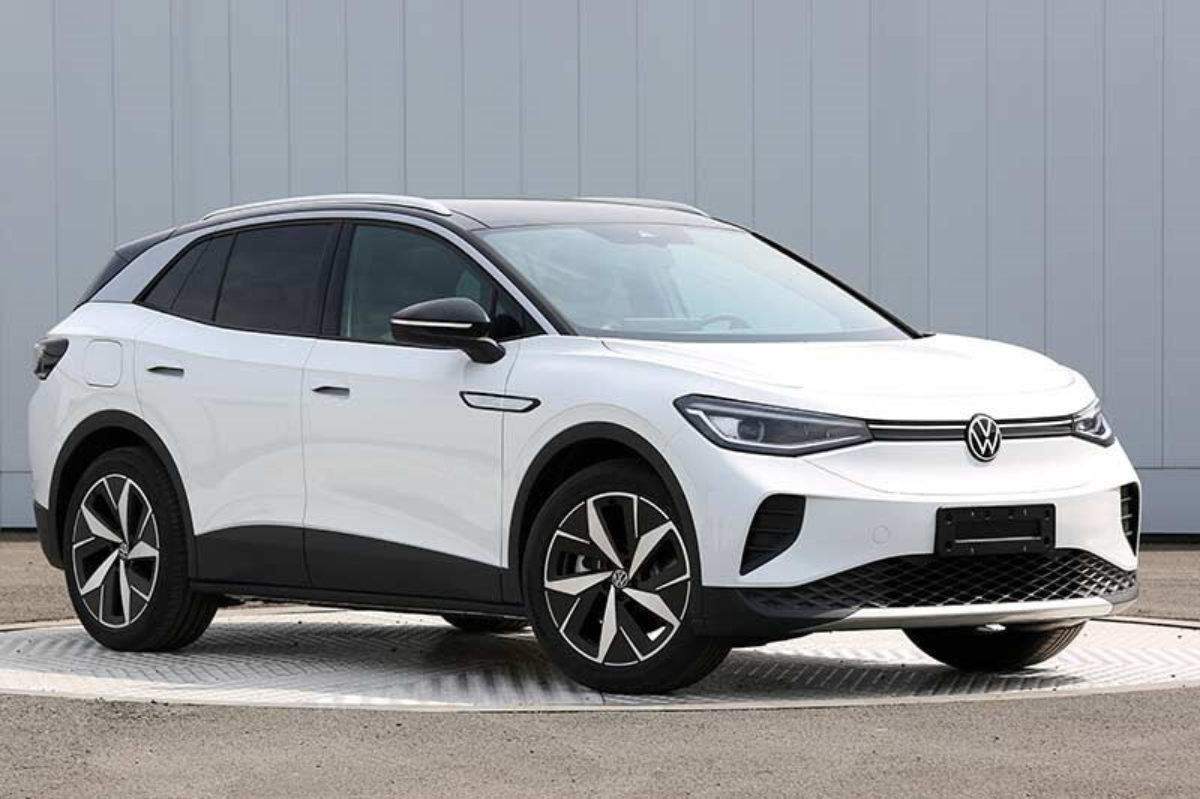 Volkswagen’s electric offensive continues to gather speed: Series production of the brand’s first all-electric SUV, the ID.4, gets underway in Zwickau. The world premiere of the ID.4 follows at the end of September. Volkswagen is thus underscoring its ambition to become the world market leader in e-mobility. To this end, the Group is investing some €33 billion in the period to 2024, €11 billion of which have been earmarked for the Volkswagen brand. The brand expects to produce 1.5 million electric cars in 2025.

“With the ID.4, Volkswagen is adding an all-electric vehicle to its offering in the compact SUV class, the world’s largest growth segment”, Ralf Brandstätter, CEO of the Volkswagen brand, said. “Following the ID.3, this is already the second model based on the modular electric drive matrix (MEB). Going forward, the car will be built and sold in Europe, in China, and later also in the USA. That is how we are scaling the MEB platform globally and laying the economic foundations for the success of our ID. family.”

Board Member for E-mobility, Thomas Ulbrich, said: “We are right on schedule with the Volkswagen brand’s transformation process to e-mobility. The ID.3 is now being followed by the ID.4. Given the major societal challenges of recent months, the successful start of ID.4 series production is an exceptional achievement, so my appreciation and thanks go especially to the Volkswagen team in Saxony and all members of the ID team. The second model in the ID. family is already rolling off the assembly line where, only recently, ICEs were still being built.”

Zwickau plays a key role in the system changeover to e-mobility: For the first time, a large car manufacturing plant is being entirely converted to e-mobility, with investments running at some €1.2 billion. All conversion work will be completed as scheduled this year. In 2021, the first full production year as an EV factory, some 300,000 electric vehicles based on the modular electric drive matrix (MEB) will leave the Zwickau plant. The site will therefore become largest and most efficient EV factory in Europe and a trailblazer in the transformation of Volkswagen’s global production network. Preparations to roll out the electric SUV at international level are also in full swing. Pre-production of the ID.4 has already started at the Anting plant in China, the Chattanooga site will start the ID.4 production in 2022. 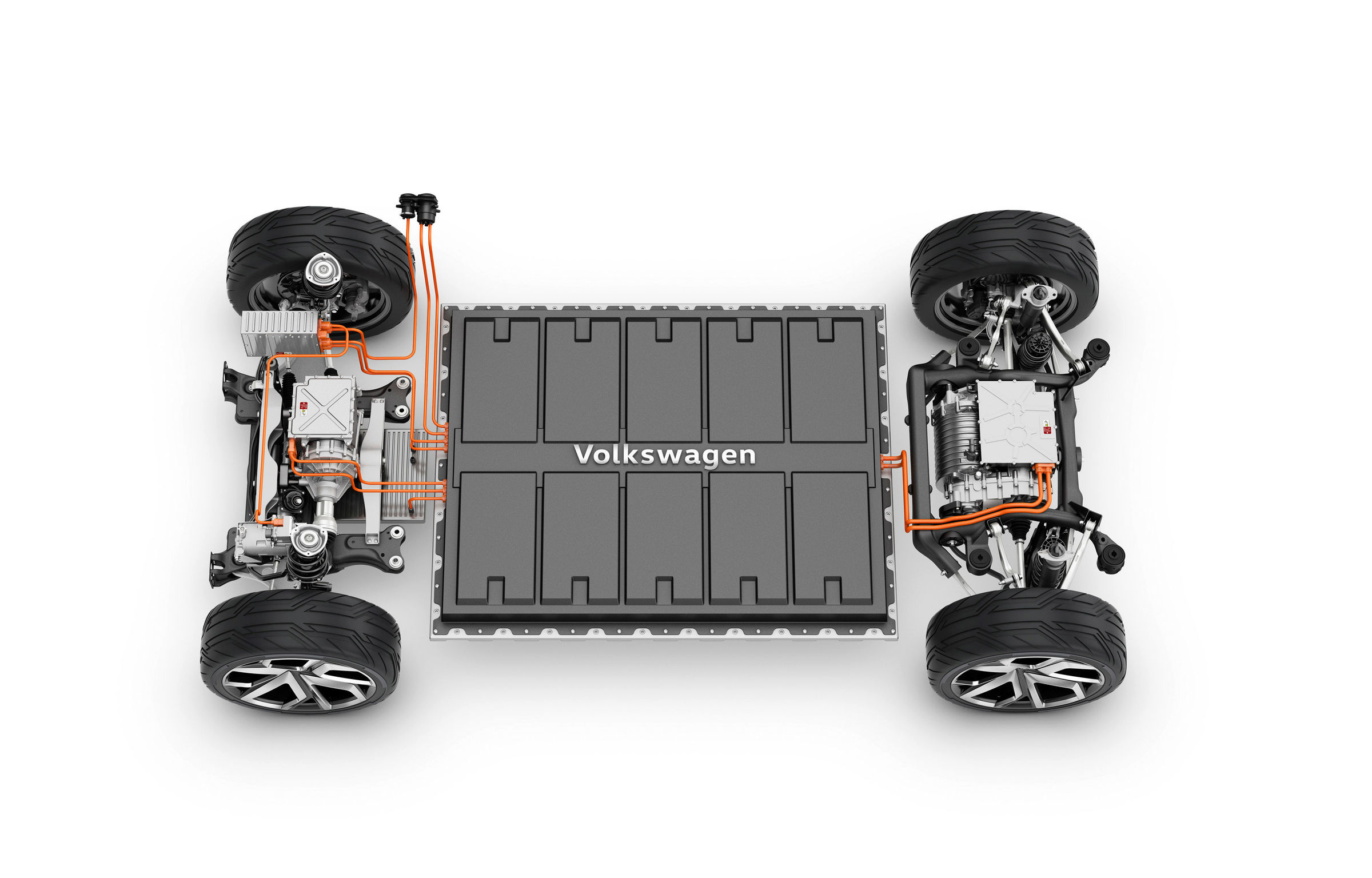 The ID.4 is based on Volkswagen’s modular electric drive matrix (MEB). This is an all-electric platform that maximizes the opportunities offered by e-mobility. With its low drag coefficient of 0.28 and scalable battery system, the ID.4 can cover over 500 kilometers (to WLTP). The vehicle also offers plenty of interior space, and the powerful proportions lend an ultra-modern look to the exterior.

The SUV will initially be launched with rear-wheel drive, while an electric all-wheel drive version will be added a later date. The high-voltage battery is positioned in the sandwich-design underbody to create an optimum, low centre of gravity in terms of driving dynamics, along with an extremely well-balanced axle load distribution. Like all models based on the new modular electric drive matrix (MEB), the ID.4 will be very spacious thanks to its compact electric drive technology. The cockpit of the zero-emission SUV is clearly structured and consistently digitalized; operation is largely via touch surfaces and intuitive voice control.

Carbon-neutral production of the ID.4

For Volkswagen, the ID.4 and ID.3 are important milestones as the brand sets its course toward complete carbon neutrality by 2050 – aligned with the climate goals of the Paris Agreement. Like the ID.3, its sister model the ID.4 electric SUV sets new benchmarks in sustainability: Production in Saxony is carbon-neutral and the electric SUV will be handed over to customers with a carbon-neutral footprint. Green power is exclusively used in energy-intensive battery cell production for the ID.4.

With its resolute entry into e-mobility, Volkswagen is making an important contribution to climate protection and thereby creating long-term perspectives for some 100,000 employees at its German plants. Apart from manufacturing at the Zwickau factory, the Components plants in Brunswick, Kassel, Salzgitter and Wolfsburg are also involved in the production of electric vehicles. They manufacture key components such as the electric motors or the battery systems. The ID.3 will also be built at the Gläserne Manufaktur in Dresden from 2021. The car manufacturing plants in Emden and Hanover are scheduled to begin building electric vehicles from 2022.

Volkswagen ID.4 made in Europe

As a side note, this exactly the same battery configuration we have in the new generation Renault ZOE.

This battery pack has the highest voltage of the three. Great for DC fast charging.

Made with very energy dense and affordable NCM 712 batteries – that cost below 100 euros per kWh -, the expensive Volkswagen ID.3 and ID.4 will be extremely profitable electric cars (on average way more than 15.000 euros per unit). That’s why Volkswagen will only try to sell the cheaper electric triplets (UpMiiGo) made on the old NSF (New Small Family) platform when it’s required to reach EU emissions targets.

This year thanks to the COVID-19 lockdowns, ICE (Internal Combustion Engine) car sales dropped a lot, this is great but also means that Volkswagen won’t have to sell as many electric cars as it was previously expected. The very profitable ID.3 and ID.4 will be enough to comply with EU emissions regulations and VW doesn’t need to sell any more triplets this year…

The same could be said about Renault and its new ZOE made with the same NCM 712 battery cells from LG Chem. It’s an extremely profitable electric car (more than 10.000 euros per unit), that’s why advertising and availability are high for this model. You don’t have to wait very long to get one after you order it.

Anyway, I really think that the Volkswagen ID.3 and ID.4 will play a very important role in the massification of electric cars. Not only they seem to be great electric cars, the MEB platform is flexible enough that it’ll eventually adapt to use CTP (cell-to-pack) cobalt-free batteries. This is the future and the step required to allow an annual production above one million units. Until then the “car of the people” won’t be electric.