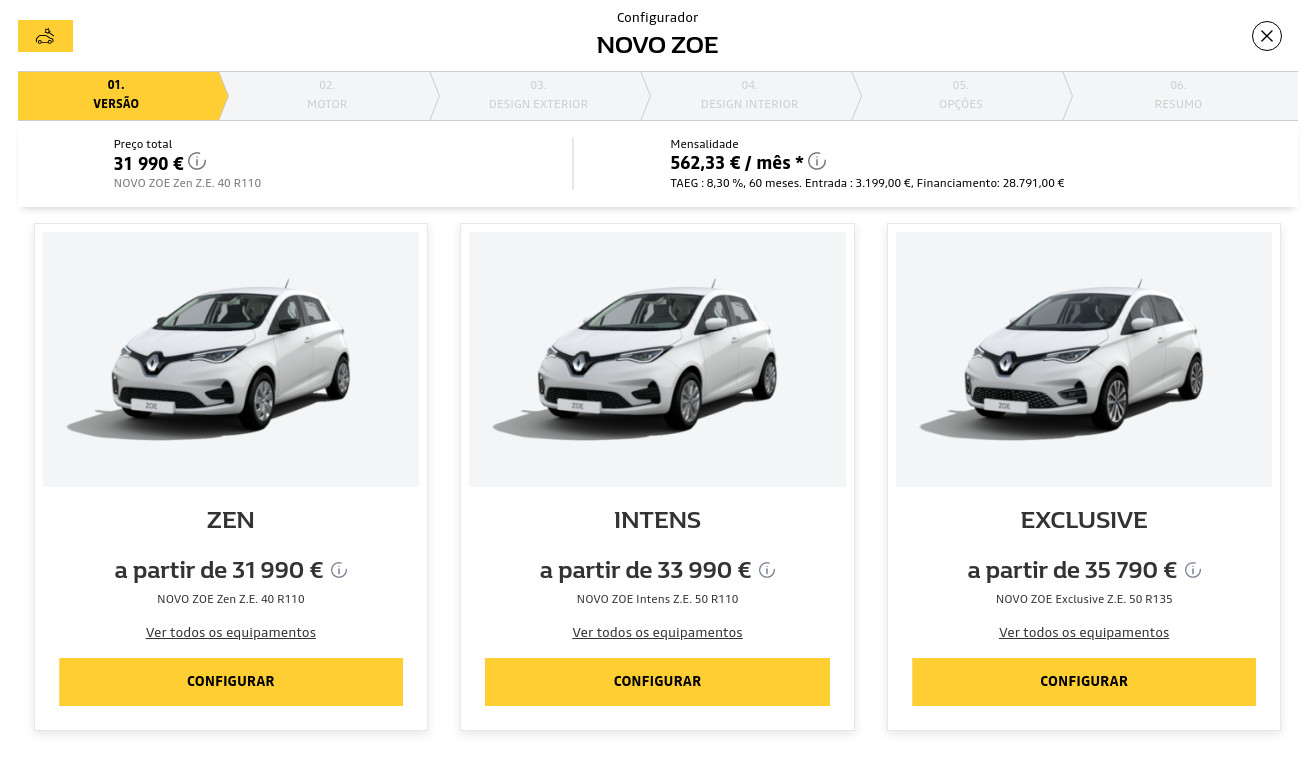 After terminating the battery rental for new units in the UK and Spain, now Renault is also selling the ZOE in Portugal and France only with batteries included.

Important markets, such as Germany and Italy, still offer the option of renting the battery, but it’s only a matter of time before it runs out.

These are now the starting prices in Spain.

These are now the starting prices in Portugal.

These are now the starting prices in France.

Although there is no consensus on battery rentals (some people actually like them), I consider their extinction to be good news for several reasons.

The main reason is that the battery rental suggested that EV batteries are fragile, when in fact the drivetrain of the ZOE is its weak spot, not the battery. ZOE’s battery will probably outlast the rest of the car…

We need automakers pushing the million-mile batteries narrative and providing good warranties, not an automaker spreading fear and telling you that EV batteries are likely to go kaput, so you need an endless battery rental to feel safe…

First, you were required to insure the battery because it was owned by RCI, which is the finance company subsidiary of the Renault, Dacia and Nissan brands.

Second, selling an used electric car attached to a battery rental is a lot more difficult, for this reason some dealers actually buy the battery from RCI to then sell the used Renault ZOE with battery included. I know several cases where Portuguese and Spanish dealers imported used units from France that were attached to battery rentals, but bought the batteries from RCI so the cars were easier to sell.

Lastly, with a battery rental you can forget one of the best reasons to drive electric, which is low running costs…

Anyway, I’m convinced that with battery rentals all Renault initially wanted was to secure an endless source of revenue (which is understandable) and not to make electric cars affordable – as the automaker always suggested.

So to sum up, I really think that the battery rental was a bad idea – for the customers – and Renault is now on the right track.

I also believe that now with cheap (around 90 euros per kWh) NCM 712 batteries from LG Chem made in Poland the Renault ZOE and the Volkswagen ID.3 can be the most profitable electric cars on sale in Europe, only (maybe) behind the Tesla Model 3.