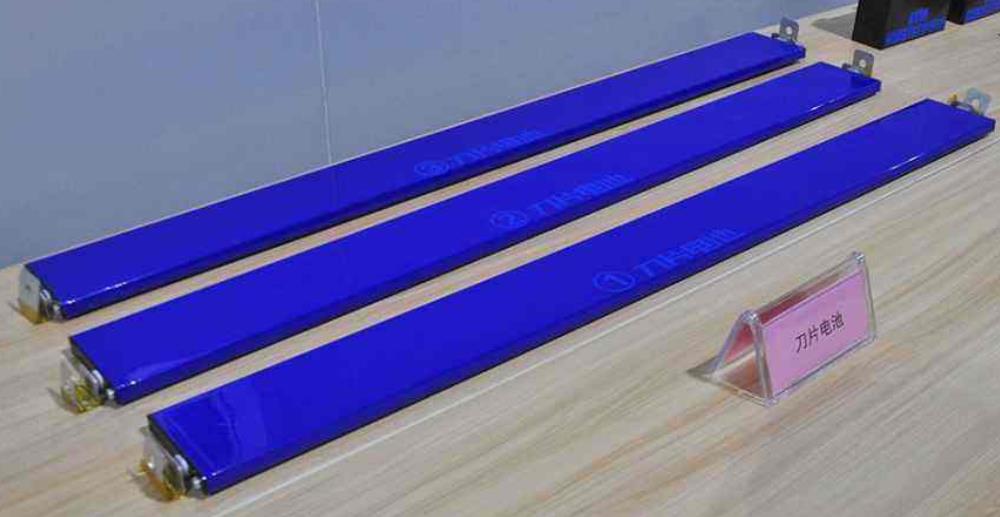 If you’re wondering why Tesla is still using thousands of tiny cylindrical battery cells to assemble complex battery packs, it’s because when the automaker introduced the Roadster in 2008, high energy density battery cells were only available in that format (mostly used in laptops).

Only in late 2016, high energy density battery cells started to be available in pouch format, like the LGX E63 made by LG Chem.

In 2020, assembling big battery packs with tiny cells doesn’t make sense and I wouldn’t be surprised if Tesla announces a battery pack made with cobalt-free prismatic battery cells in “battery day”. This would be great, not only for Tesla, but also for electric bicycle manufacturers who would benefit from an immediate increase of cylindrical cells available on the market.

Unfortunately I couldn’t find the weight of this cell. However, according to the MIIT (Ministry of Industry and Information Technology) catalog the gravimetric energy density at the battery pack level is 140 Wh/kg, which means 165 Wh/kg at cell level (considering a GCTP of 85 %) and a weight around 3,92 kg.

BYD Blade Battery is a module-less CTP (cell-to-pack) battery pack. Without modules, the long prismatic battery cells connected in series are put in an array and then inserted into a battery pack, making it as simple as possible. 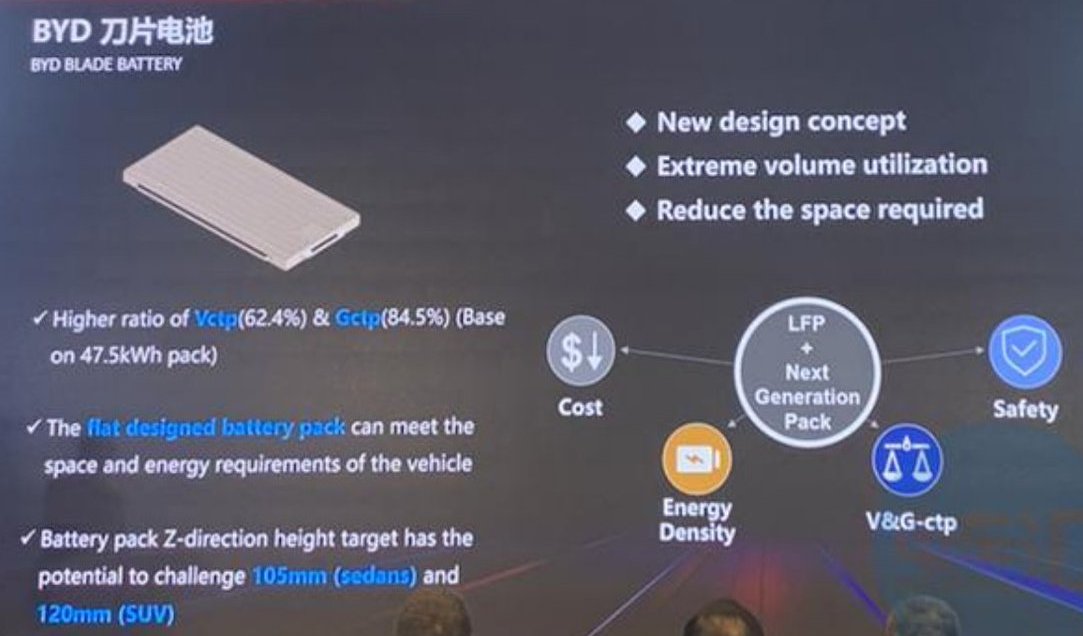 With standard battery packs assembled with modules, on average the VCTP is 40 %, which means that the volume of the active material (cells) only represents 40 % of the total volume of the battery.

The first electric car to use the BYD Blade Battery is the BYD Han EV that’ll be available with two battery capacities (65 and 77 kWh).

My guess is that this battery pack is made with 120 cells.

The BYD Han EV is a long (4.980 mm) electric car, aimed to be an alternative to the Tesla Model S.

This leaves us with a question…

Can the BYD Blade Battery be used in smaller electric cars?

The BYD Han EV with its long wheelbase (2.920 mm) has no problem to accommodate a long battery. However, it’s interesting to know if a smaller electric car could also accommodate a BYD Blade Battery.

Let’s see how much space does the BYD Blade Battery use.

So the answer is yes, a smaller electric car could accommodate a BYD Blade Battery.

Given the high weight of the 77 kWh BYD Blade Battery, the 65 kWh version would be more suited for the Chevrolet Bolt EV. It would have an EPA range around 250 miles (402 km), but with a good TMS the LFP battery could be fast charged from 0 to 80 % in less than 30 minutes.

Moreover, with 80 euros per kWh at the battery pack level, the battery would cost 5.200 euros. 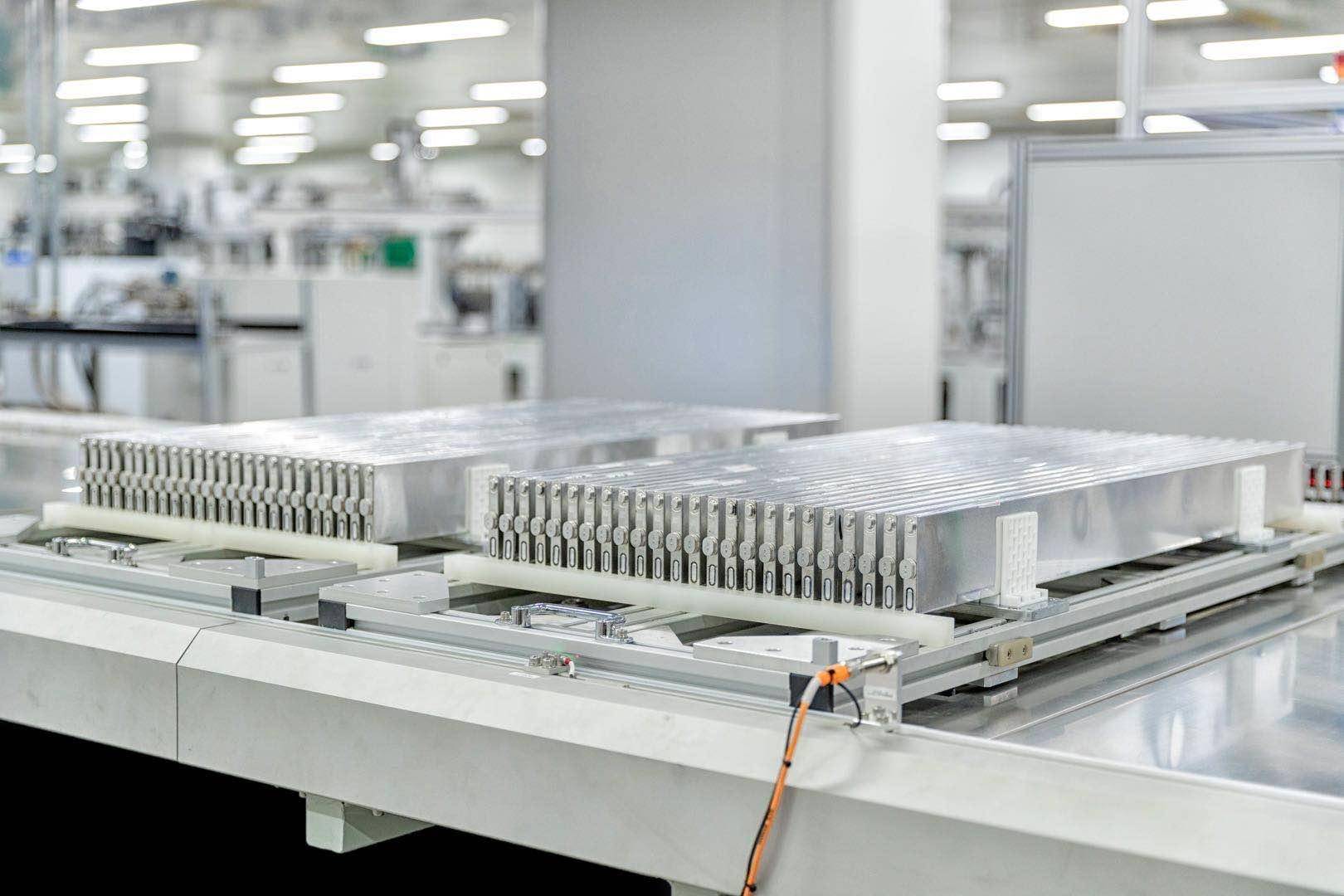 The BYD Blade Battery helps the BYD Han EV to be great electric car and so far it’s the best alternative to the Tesla Model S.

Do cobalt-free batteries make electric cars more appealing, or is it something you don’t care about?