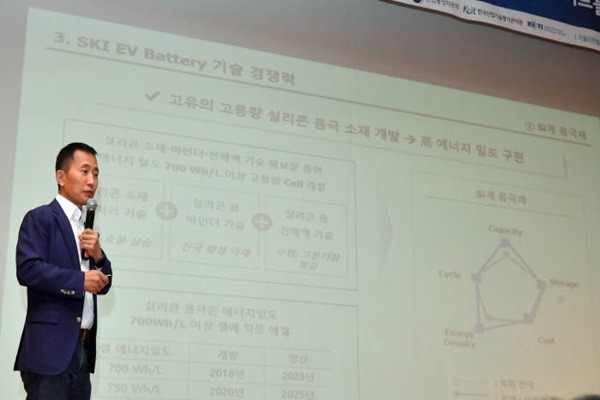 Developing a battery chemistry is always an exercise that requires making concessions. There isn’t a battery chemistry that is the best in every field, to have a well balanced battery we have to make compromises regarding energy density, power density, safety, cycle life and cost.

In this long article we’ll see where the battery technology is going with the focus on the development of NCM cathodes. I’ll leave anodes and electrolytes to another time.

The LTO and LFP chemistries are only used when really fast charging (5-10 C) is required, for example in electric buses. While NCA is used by Tesla, almost every automaker uses batteries with NCM cathodes.

It’s widely known that the main obstacles for the adoption of electric cars are price and range. Therefore, recent improvements in NCM cathodes have been focused on increasing the energy density and reducing costs, at the expense of reducing power density, cycle life and safety. However, higher battery capacities reduce the problem of lower power density and poor cycle life. As for less safe battery cells, they require more protecting BMS (Battery Management System) and TMS (Thermal Management System) but aren’t really dangerous.

The general formula used to decrease cost and at the same time increase energy density of NCM battery cells has been to reduce the cobalt content of the cathode, by replacing it with more nickel. Adding silicon to graphite anodes also helps to increase the energy density, at the expense of reducing cycle life. Remember, it’s always a compromise…

It’s clear that the NCM 811 battery cells are the present and the near future for electric vehicles. They have great energy density and low cost, allowing longer range and cheaper electric cars. However, they already have a successor in the making…

SK Innovation announced that its NCM 811 battery cells – to arrive early next year on full-scale – give 600 km (372 miles) range to electric cars, but it’s in 2022 when range won’t be a problem anymore thanks to the introduction of NCM 90 (NCM 9.5.5) battery cells.

The NCM 90 (NCM 9.5.5) cathodes further reduce the need of cobalt, which is scarse and expensive.

Now let’s look behind the hype and see where this battery technology development is currently at. 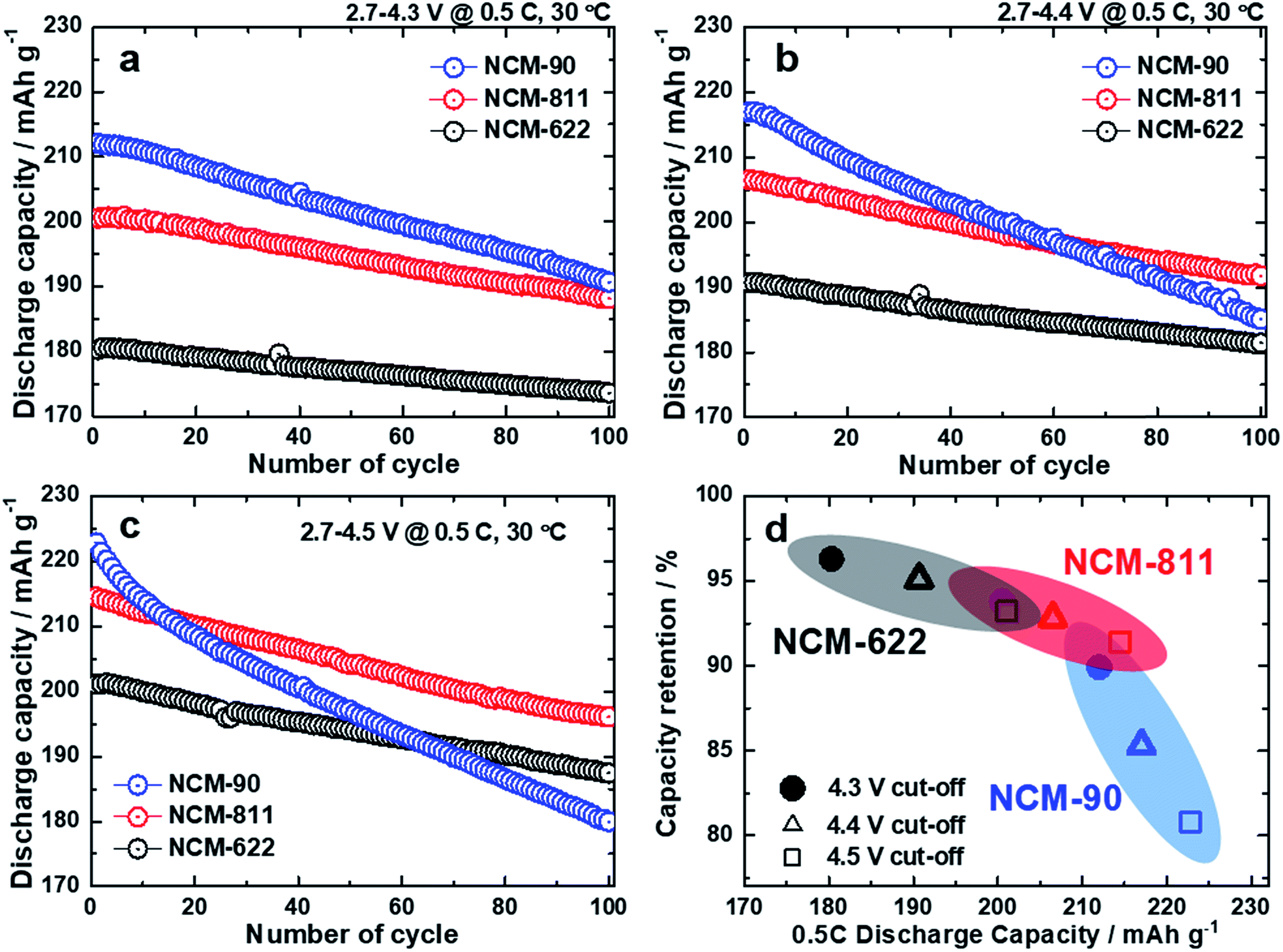 Now back to the charts.

However, even if the NCM 622 cathode is safer and when limited to 4,5 V has a cycle life and capacity similar to the NCM 811 cathode when limited to 4,3 V, it’s a no brainer to adopt the latter for electric cars due to cost reduction by requiring less cobalt. Remember, there are always compromises in battery technology and now the focus is to reduce the costs to allow the massification of electric cars.

Now regarding the NCM 90 cathode things are looking good, but it might not be ready to replace NCM 811 cathode just yet.

I would like to see how the NCM 90 cathode behaves when cycled between 2,8 and 4,1 V, it’s reasonable to expect that the cycle life is much better than only 90 % capacity retention after 100 cycles. It has to be good enough to allow a standard battery warranty, which for most EVs guarantees a minimum capacity of 70 % for eight years or 160.000 km (100.000 miles).

Until we have completely cobalt-free batteries, NCM 90 cathodes are a required step forward to allow the massification of electric cars.

Anyway, SK Innovation was the first battery cell maker to announce the NCM 90 battery cells, but I doubt it’ll be the first to produce them. I think that it’ll probably be either CATL or BYD.

This article was only possible thanks to Sci-Hub. “Sci-Hub is a project to make knowledge free” that gives everybody access to research articles that are usually trapped behind paywalls. Sci-Hub is the democratization of Science.

Thanks Emanuele for the heads up.