Now that Nissan’s battery business was finally sold to Envision, we can expect faster development of AESC battery cells under Chinese ownership.

The first obvious step is to introduce NCM 811 battery cells next year. 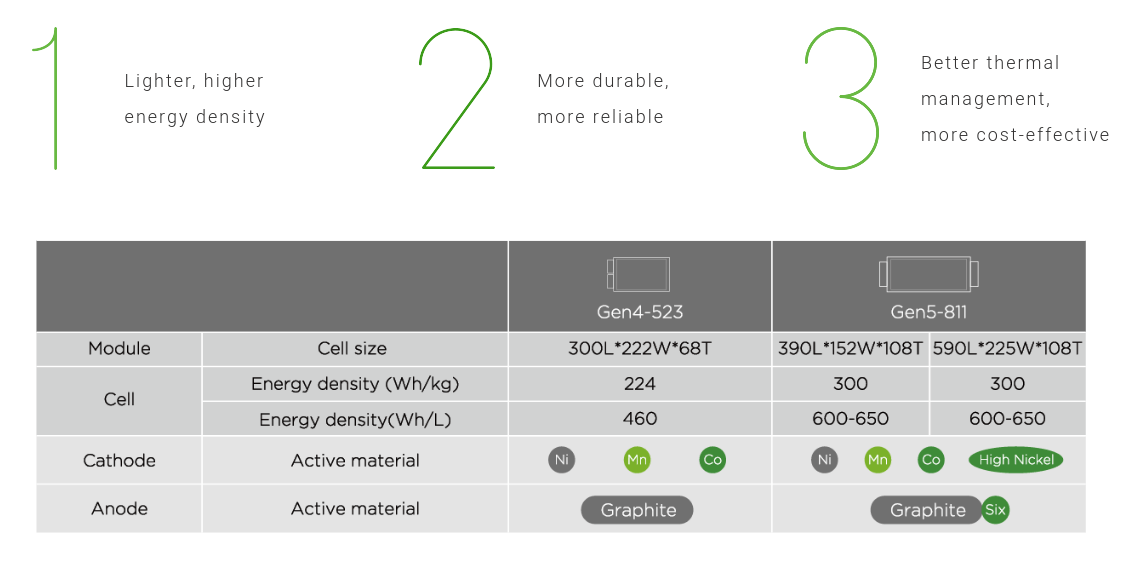 The new Gen5 (NCM 811) battery cell’s dimensions and tabs disposition are quite different from the old generation, this shows that they aren’t meant to be a direct replacement. The new more energy dense cell require a different pack arrangement and the introduction of a good liquid-cooling TMS (Thermal Management System). The new Gen5 cell also look more appropriate for a “skateboard” battery pack layout.

The “skateboard” battery pack layout that was originally introduced by Tesla is perfect for electric cars designed from the ground up to be electric and will probably become standard in the coming years. The new MEB platform from Volkswagen is a good example of this trend. The previous MQB platform – that was a compromise to allow ICE (Internal Combustion Engine) and electric powertrains – looks so primitive when compared to the KISS principle of the MEB.

Curiously, even before adopting the new Gen5 cells and “skateboard” battery layout, AESC managed to increase the energy density of the Nissan LEAF battery by 50 % in the 62 kWh model, just by optimizing the pack with the same Gen4 cells, which shows that the battery pack is much more than just the cells. 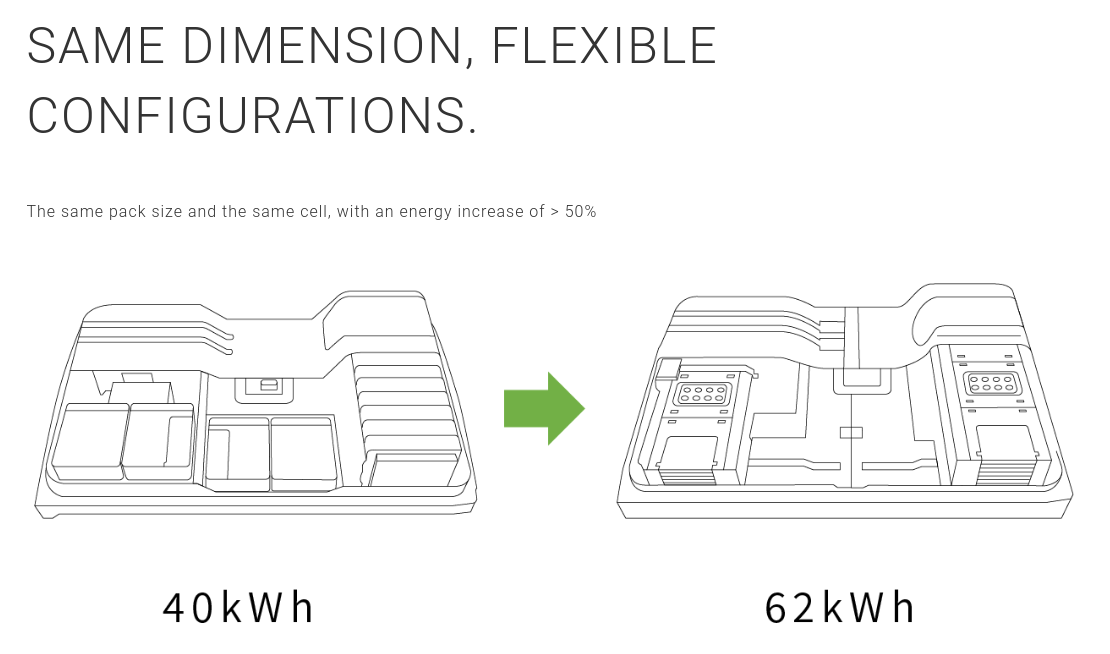 I’m curious to know which electric car from the Renault-Nissan-Mitsubishi Alliance will be the first to adopt the new NCM 811 battery cells and “skateboard” layout. Maybe a compact SUV? We already know that the Renault ZOE and the Nissan LEAF will share the same platform in the future, but that’s still one or two years away.

What do you think? Which electric car from the Alliance do you expect to be the first to adopt these new NCM 811 battery cells?

Thanks Rodrigo Melo for the heads up.