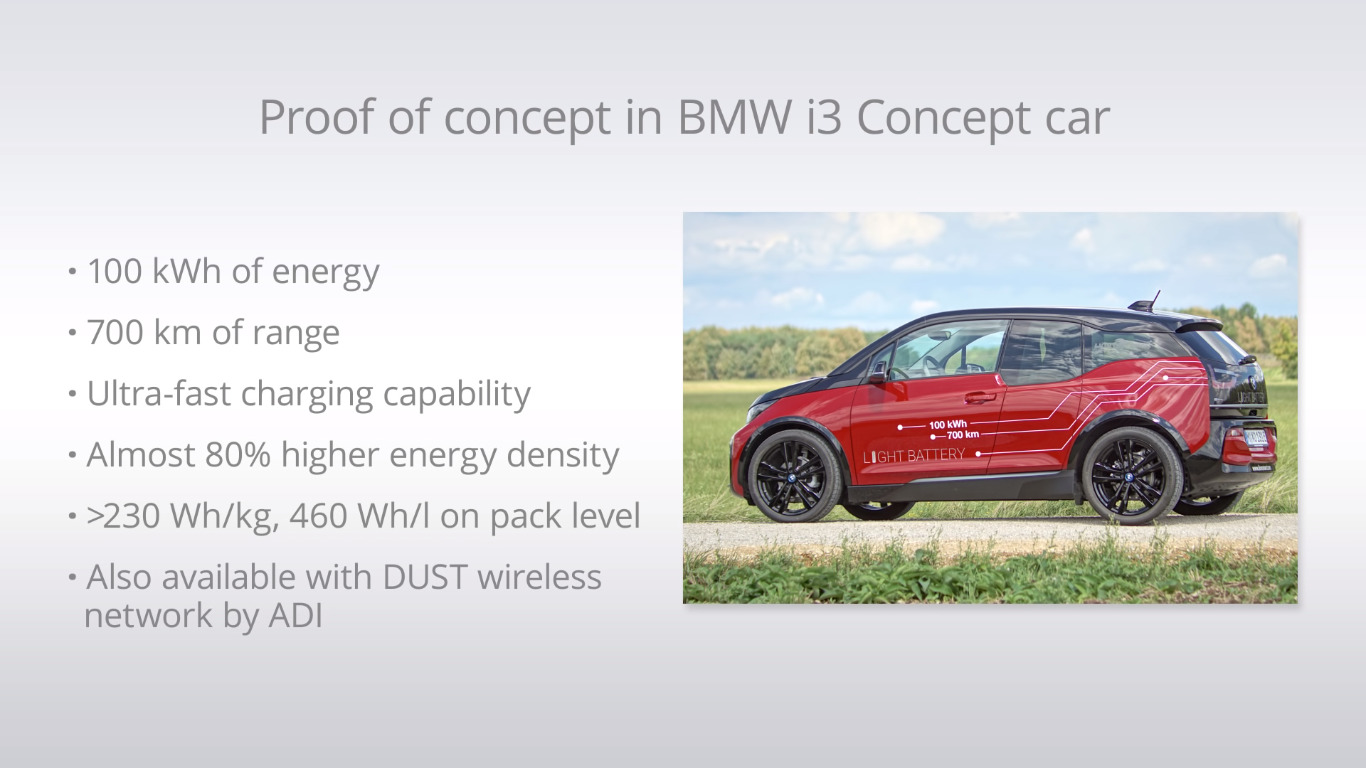 Proof of concept in BMW i3 by LION Smart

Made with a total of 8.064 cylindrical battery cells (18650 format) the battery pack has a maximum voltage of 400 V and a capacity of 101 kWh (see the video). At the pack level the battery has a very impressive volumetric energy density of 460 Wh/L and a gravimetric energy density of 230 Wh/kg, this is very similar to what the Nissan Leaf 40 kWh battery achieves at the cell level.

While I’m not a fan of cylindrical cells for EV batteries – I prefer the simplicity made possible with fewer pouch or prismatic cells – , nowadays, battery cell makers such as LG Chem, Sanyo/Panasonic and Samsung SDI produce very similar cylindrical cells in the 18650 standard with a capacity of 3.500 mAh. This means that a battery pack assembler hasn’t to rely on a single battery cell supplier to produce identical battery packs. Unfortunately, prismatic and pouch battery cells haven’t reach this advanced stage of standardization yet – required for the mass production of electric vehicles.

Anyway, don’t expect to see this kind of battery capacity in a BMW i3 anytime soon. This is just a proof of concept to show what’s possible with current battery technology.

As a final remark, I have to say that find strange that LION Smart chose the BMW i3 to show off its battery technology. Who needs a 100 kWh battery in a small electric city car?! Wouldn’t it be better to unveil a high-capacity battery with TMS for the Nissan Leaf?! It would definitely get a lot more attention.