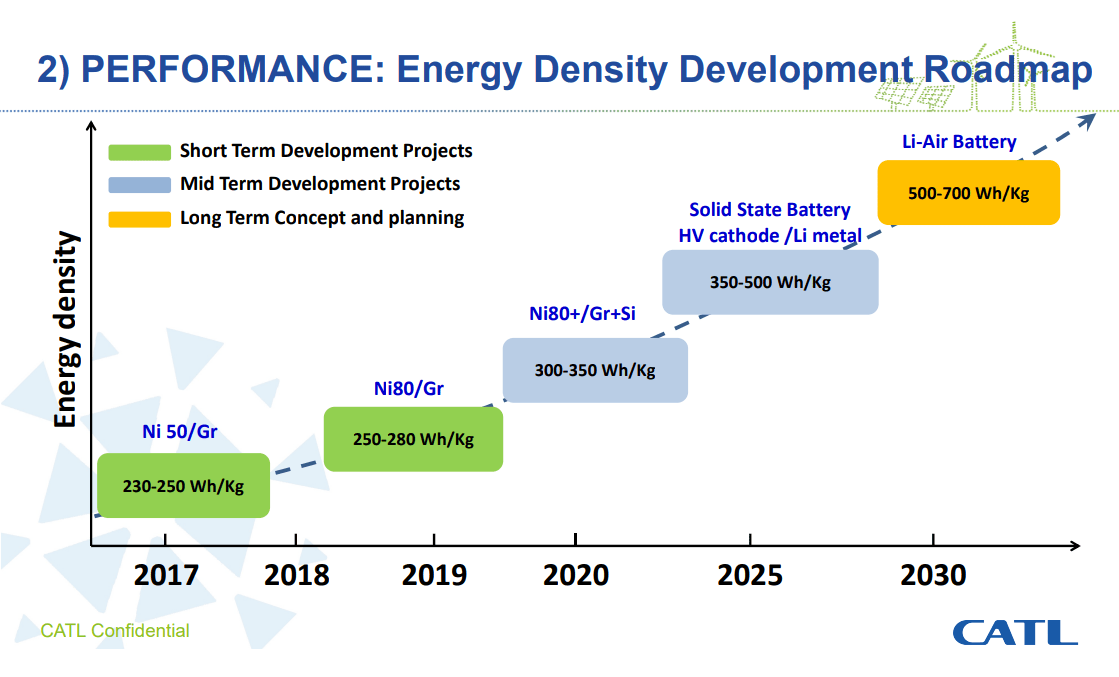 The low-cobalt content and high energy density NCM 811 battery cells for electric cars were expected to be introduced this year by the South Korean battery cell makers LG Chem and SK Innovation. Unfortunately, a few months after the initial announcements these plans were postponed.

Not only BYD is aiming to introduce the NCM 811 battery cells for EVs next year, CATL has also the same goal.

Current CATL battery cells for EVs are NCM 523, which means that the cathode besides lithium also contains nickel, cobalt and manganese in a composition ratio of 5:2:3. The scarcity and high price of cobalt is a problem for the mass production of electric cars and remember that Volkswagen signed a huge battery supply deal with CATL for the VW Neo. With the introduction of NCM 811 battery cells the cobalt content per kWh drops more than half, because the energy density increases.

Volkswagen says that the all electric Volkswagen Neo will have a similar price to a high-spec Volkswagen Golf. Considering that the supermini Volkswagen Golf is the best selling car in Europe, the Neo will likely be very successful – if not production constrained. 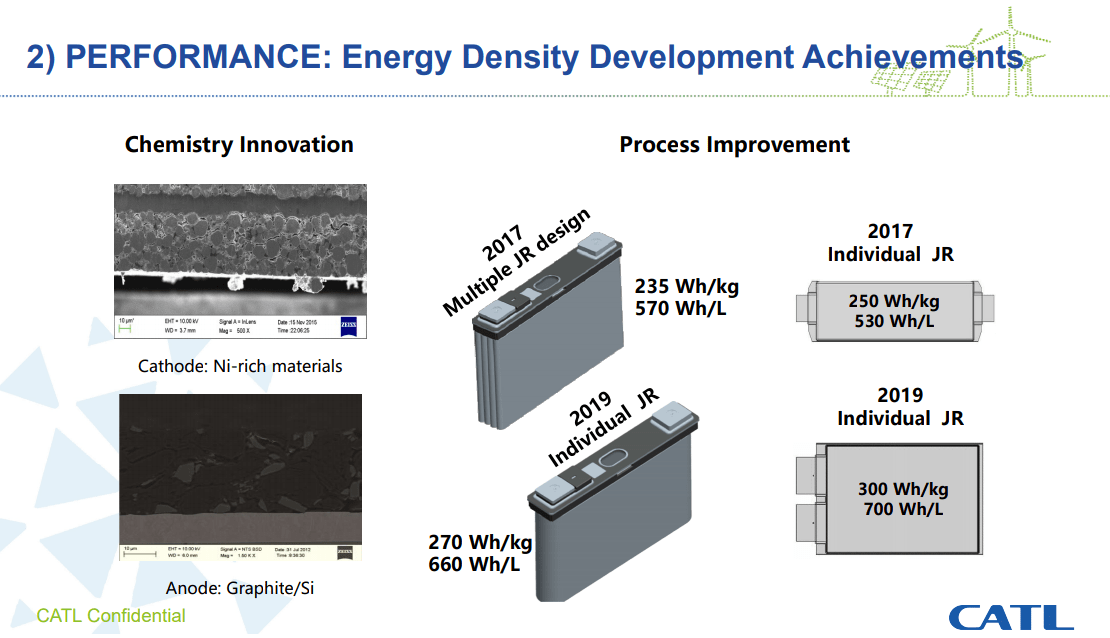 Those prismatic cells seem a perfect replacement for the ones currently inside the BMW i3… Maybe CATL is trying to replace Samsung SDI as BMW’s battery supplier. 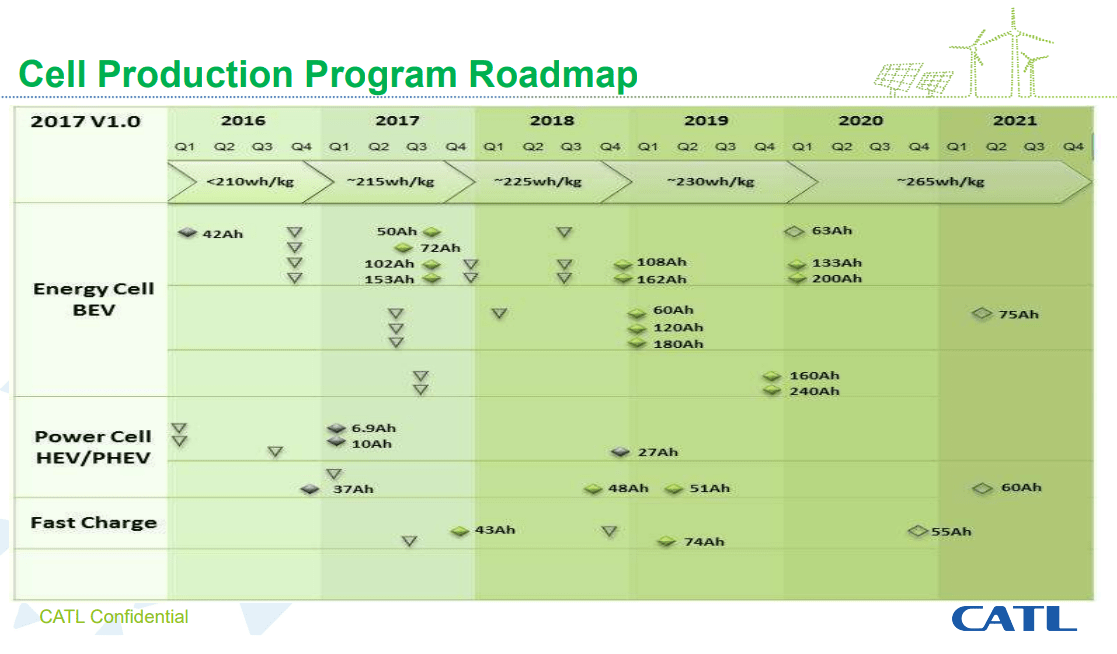 Do you want to guess which cells will be used in the Volkswagen Neo? 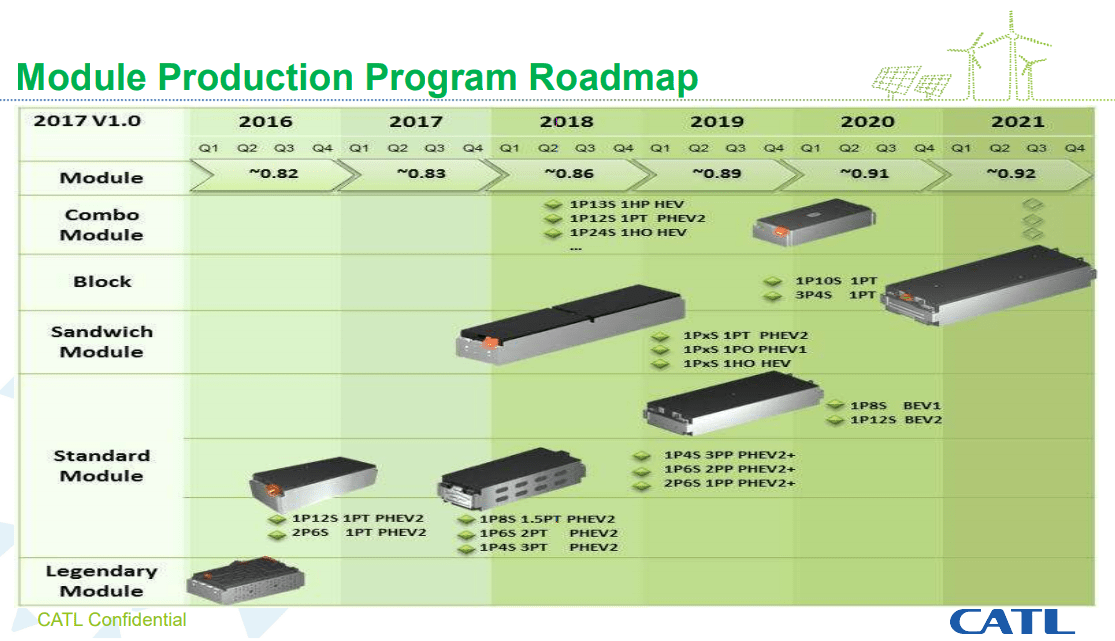 It’s curious that the modules for battery electric cars (BEV1 and BEV2) don’t have cells in parallel, only in series.

Anyway, a 71 kWh (96 x 3,7 V x 200 Ah) battery would be great for the Volkswagen Neo don’t you think? This is just a guess, but anything less would be a major disappointment when compared to the Hyundai Kona Electric or even the upcoming Nissan Leaf e-Plus.

Thanks Chris. and Dominic for the heads up.