ENERZ NCM 811 battery cells to be available next year

ENER1 Group presence around the world

NCM battery cells developed by ENERZ have been used by heavy-duty electric vehicles (mostly buses) for years. They are characterized by having high power density and long cycle life.

Recently, ENERZ increased the energy density of their NCM 622 cells by improving the anodes, replacing hard carbon (HC) with graphite (GP). This allowed them to gain more energy density at the expense of a little reduction of cycle life and power density. Remember that a battery cell is always designed with a compromise between cycle life, stability/safety, cost, power and energy density. You can’t have the best of every world in one package.

Anyway, what’s interesting is the introduction of new battery cells with a NCM 811 cathode and a silicon/carbon anode next year. The less we depend on cobalt limited supply, the better.

As you can see below, the NCM 622 battery cell from AESC has higher energy density, because the anode has higher content of silicon. While we usually focus on the cathodes (NCM, NCA, LTO, LCO, etc), anodes are important too. To increase energy density we can increase the nickel content of the cathodes and/or the silicon content of the anodes, but doing this while keeping the battery cell structurally safe is the hard part. Ceramic coating is one way of achieving this, but not every cell maker knows how to do it properly. In this field, SK Innovation is leader. 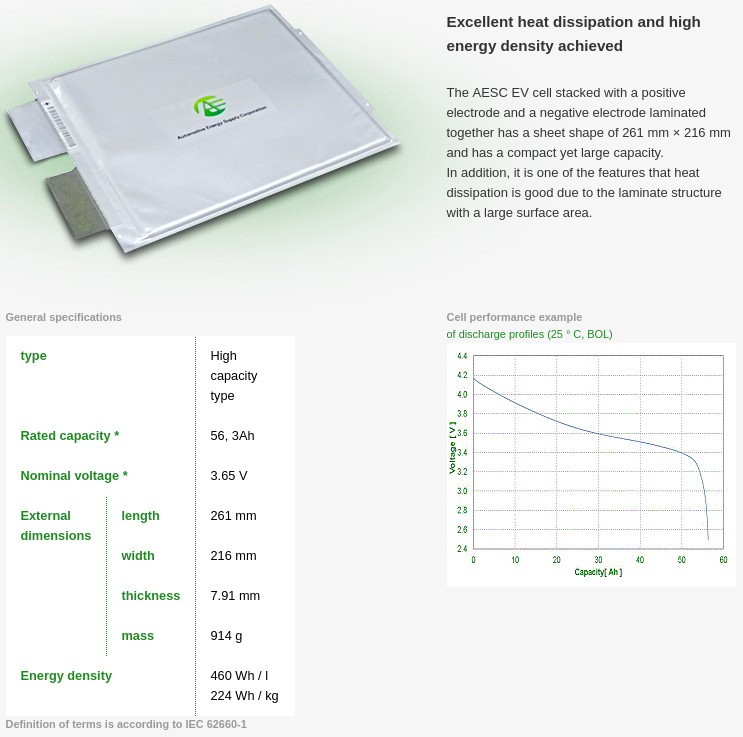 To sum up, ENERZ battery cells aren’t very impressive, but the more battery cell makers reduce the use of cobalt, the better.

But where can I buy them?

Very interesting, I’d expect the lower cost and cycle life to have a bigger impact for EVs rather than the energy density, at least in the realm of 622 and 811 cells. The other question with regards to impact is how many of these batteries can they produce?

The best part of battery cells with low cobalt content – such as NCM 811 and NCA – is that production can be easily increased, since they don’t rely on rare and expensive raw materials. Tesla Gigafactory wouldn’t be possible with cobalt-rich cathode chemistries.