There are two major battery cell makers that promised NCM 811 EV battery cells for 2018. They are SK Innovation and LG Chem. Let’s recapture what we already know about it.

As you already know, currently most EV batteries have NCM 622 cathodes, which means that besides lithium the cathode contains nickel, cobalt and manganese in a composition ratio of 6:2:2.

With higher content of nickel in the cathode, we get more energy dense battery cells, but we lose some thermal stability. Remember that batteries are always a compromise between many variables, such as power density, energy density, cost and lifespan. We can’t have the best of every world.

Nevertheless, even with decreased thermal stability NCM 811 battery cells are a breakthrough, the lower use of a scarce raw material (cobalt) is essential to increase worldwide battery production.

While the first generation NCM 811 battery cells will have common anodes made with graphite and a bit of silicon to increase energy density, the second generation will get lithium metal anodes combined solid or semi-solid electrolytes. First the evolution in 2018, then in 2020 comes the revolution in battery technology…

But what does that mean in the real world?

We’ll start with SK Innovation, since it’s the battery cell maker that gave us more details about its own NCM 811 cells.

2. With the first generation of NCM 811 battery cells, SK Innovation says that the range increases by 100 km (25 %). Which means that the volumetric energy density increase of the battery cells should be similar. Last year, the company announced that these cells will “start to appear in electric vehicles starting in the third quarter of 2018.”

The first electric car expected to get them is the electric EQ SUV from Mercedes-Benz that is precisely advertised with roughly 500 km of range and a battery capacity of “more than 70 kWh”. 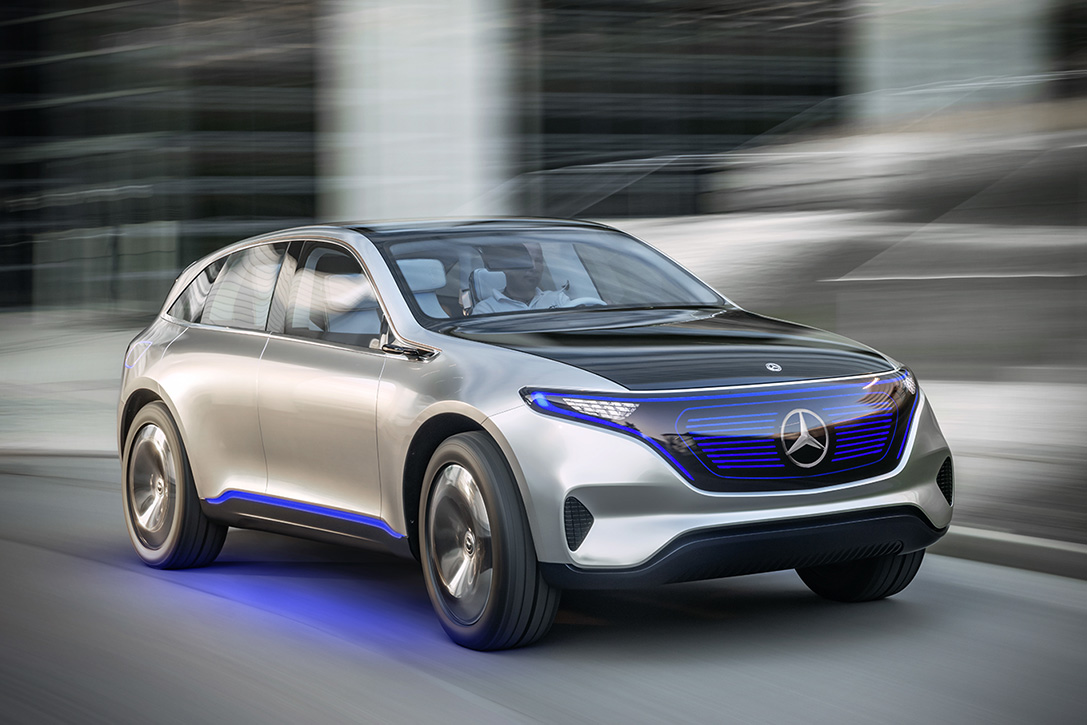 3. The second generation of NCM 811 battery cells won’t arrive before 2020. There’s no point of using much time to discuss it now in this article.

Now that we’ve seen what SK Innovation promises to deliver with its NCM 811 battery cells, what about LG Chem?

Unfortunately LG Chem didn’t revealed a lot. The only thing that the company said was that it would be the first to deliver NCM 811 battery cells for electric cars, as a response to SK Innovation’s announcement.

If LG Chem delivers what it has promised, the company will start supplying its NCM 811 battery cells for electric cars during the second quarter of the current year. We know some electric cars with LG chem batteries and start of production scheduled for this period, such as the Hyundai Kona Electric, Kia Niro EV and Jaguar I-PACE. This is why I believe that they will be produced with this new battery chemistry. The Nissan Leaf e-Plus and Audi e-tron quattro will soon follow.

However, until we know the volumetric energy density of the batteries of those electric cars, we can’t say of sure that they are NCM 811. Especially since the already announced gravimetric energy density (141,3 Wh/kg) of Hyundai Kona EV’s battery doesn’t represent a major improvement.

Nonetheless, we should acknowledge that’s always easier to increase volumetric energy density than gravimetric. That’s why LG Chem was able to upgrade the Renault Zoe’s battery capacity from 23,3 to 41 kWh while maintaining the same volume, but the weight increased slightly.

Anyway, we’re done for today. This was the roundup of the current situation of NCM 811 EV battery cells. The next months will be revealing. Stay tuned!

Update: it seems that the NCM 811 cells from LG Chem initially will only be available in cylindrical format and used in electric buses.