Before the Flood – National Geographic documentary

“Before the Flood” is a National Geographic documentary about climate change and what we can do about it. You can watch it for free in YouTube and it does worth your time.

If you’re like me and prefer to download the video, you can use this torrent. I already seeded 144 GB and will keep seeding it for a while. The video codec is x265, the best you can have at the moment.

The documentary isn’t exactly mind-blowing, there is no new information that wasn’t available previously. But it’s great in what it should be, a scientific divulgation about climate change easy to understand. Don’t expect Leonardo DiCaprio to be a great science communicator like Carl Sagan or Neil deGrasse Tyson, but he did made some good questions and got equally good answers.

In my opinion there were two fundamental conclusions in this documentary.

First, we need a carbon tax. While in Europe, fossil fuels are already heavily taxed – but not enough -, in the USA they are heavily subsidized. What currently people pay for gas isn’t even close to its real cost.

Let’s see some costs of fossil fuels that aren’t included in the price:

If the price of gas reflected all the social costs it has, renewable energy would be seen as a bargain. Replacing fossil fuels with renewable energy contribute to a better democracy. Fossil fuels are available only in some parts of the world, so they tend to create monopolies and conflicts (wars and corruption) to protect them.

Second, politicians are followers, not leaders. We need more science communicators to increase the scientific literacy of the general population. Science should be more part of ours lives and while we can’t rely on the mainstream media, we do have the Internet. Now with the Internet we can search, triage and produce better information more than ever before.

In this documentary Elon Musk, CEO of Tesla appears to give some hope and shows us that disaster isn’t inevitable.

If you do want a more complete analysis of the problems we face today, I recommend you to see the “Zeitgeist: Moving Forward” made by Peter Joseph.

Ultimately, a documentary is rated by its influence. Since the “Before the Flood” is getting a lot of visibility, there is a strong chance it’ll make a difference.

What do you think? Will this documentary create more awareness about climate change?

> Now with the Internet we can search, triage and produce better information more than ever before.

It’s also a fantastic source of disinformation, myth, conspiracy theories, propaganda, confusion and misunderstanding. I’m watching the US election as I write this, and it appears internet access hasn’t prevented Americans from electing Donald Trump as president (although it’s not absolutely clear yet, Trump leads 254 – 209 ATM, and MI or PA is enough to clinch it).

Unlike judging which of these two candidates, flawed though Clinton is, is the least evil, science is hard. And most people don’t like to think too much, about anything really. I think your optimistic expectation that good science communicators can educate the population to make us better prepared to act rationally is dangerously naive. Especially in America, where the corporate “turn people into nothing but consumers” agenda has come farther than anywhere else.

I fear things will have to get considerably worse before they can get better.

Don’t forget that most of Trump’s voters were scared old white men that still rely on Faux News as their source of information.

Young progressives wanted to vote for Bernie Sanders and the DNC (Democratic National Committee) screw them with a rigged primary. We know this thanks to the leaked emails provided by Wikileaks.

Progressives wouldn’t mind to wait 2 hours in queues to vote for Bernie Sanders, the same can’t be said about a corporate puppet like Clinton.

While I know that technology isn’t neutral (we can use it for the best or the worst), Internet is the only way that real progressives have to access meaningful information.

Trump’s victory is a disgrace but we can only blame DNC for this mess. Sanders would have won easily. 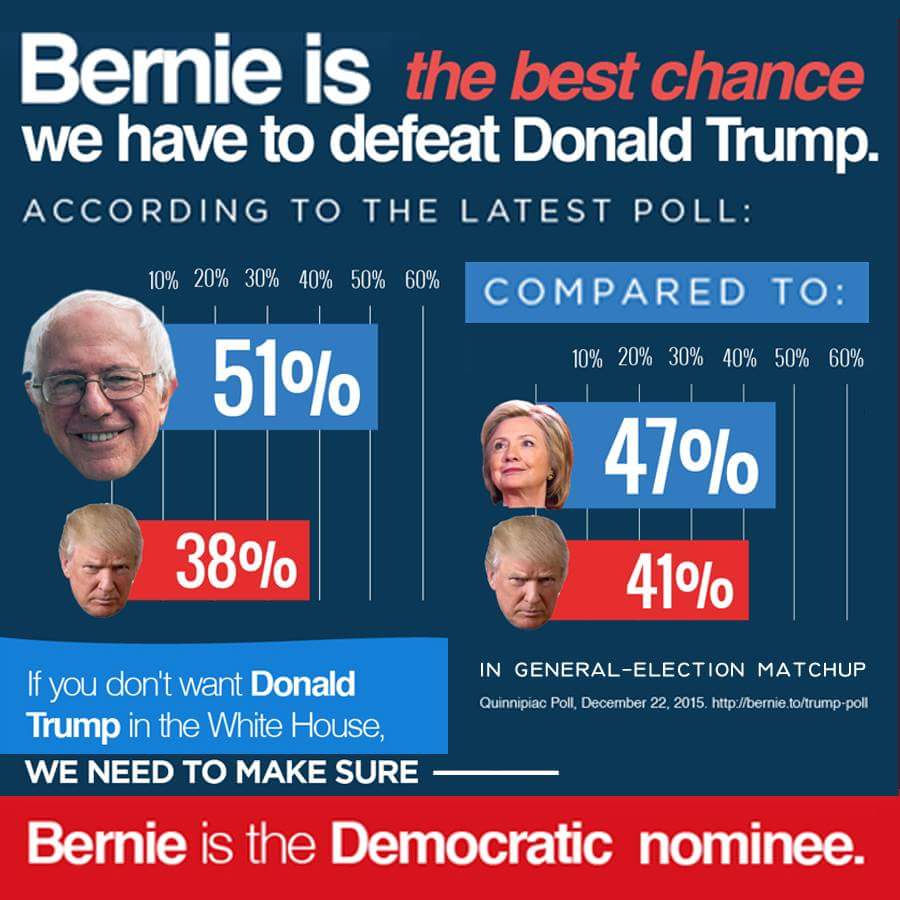 It was the Internet that gave to a Socialist a chance to won the USA presidency. Again, we only have DNC to blame.