Samsung SDI has a good habit of showing us the future instead of speaking about it.

I remember when I first saw a photo of 60 Ah and 94 Ah cells at  Frankfurt Motor Show in 2015 and I speculated in the comment section of insideevs.com that it could mean a range increase for the BMW i3, this was 8 months ago and I was right. 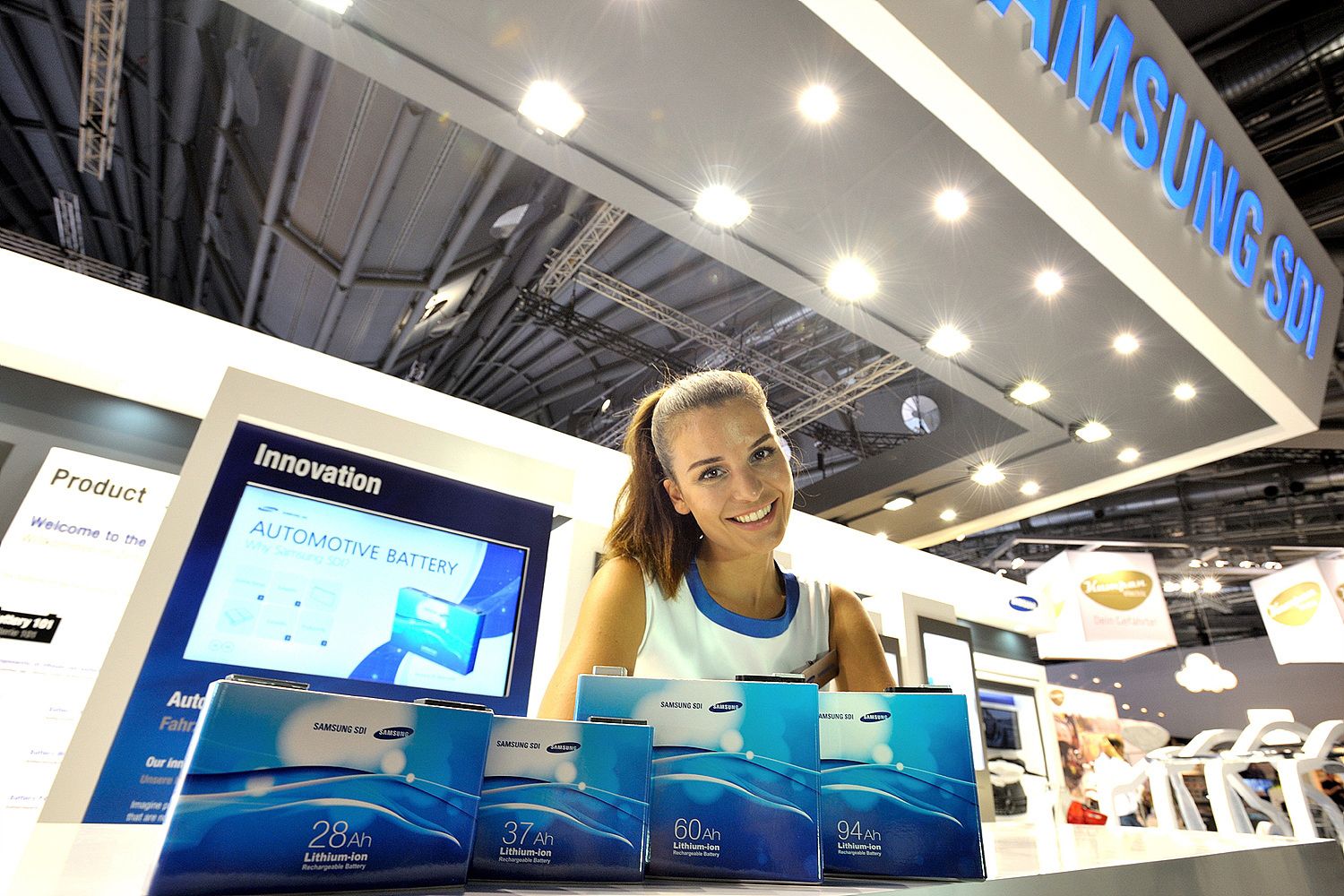 Frankfurt Motor Show is now in the past, what Samsung SDI showed us this time at Beijing Motor Show?

A lot of good things for electric cars.

This is what Samsung SDI has to say:

“Samsung SDI exhibited various types of cells and modules including 37Ah, 50Ah, 94Ah, 120Ah, and more. 50Ah cell has improved capacity by 35% compared to 37Ah cell, and 120Ah by 28% compared to 94Ah. In particular, 37Ah and 50Ah cells, and 94Ah and 120Ah cells are applied the same standard type modules, respectively. Standardizing module type makes it easy to standardizing car design, so it’s an advantageous feature.”
“Usually a module consists of 12 battery cells tied together in a row, so applying 50Ah and 120Ah cells to the existing module design allows development of electric cars with extended driving distance, greatly saving development cost. In this respect, it attracts high attention of many car makers.”

Regarding traditional automakers I think that BMW is the one most interested in creating good electric cars and Samsung SDI will benefit from that partnership. I have hopes that LG Chem will find a better partner in Hyundai and Chevrolet than Renault is proving to be.

What you you think? Did I missed something? Comment below.

Probably the Leaf 2 will come with LG batteries and great to see that both Samsung and LG are improving their range.

Maybe, but I think that what Carlos Ghosn said about changing the battery supplier was a bluff to put some pressure in its partner NEC to build better batteries for their joint venture AESC. The most likely it’s Nissan will continue to build its own batteries.

That is really stupid of them. On the very same group, joint-venture, no clue what to call that supposed alliance, not to share common parts and suppliers… stupidity and dumb fulness are the only words that come to mind.

Actually, it would be nice if someone simply took a ruler with him to the exhibition and measured the actual cells’ lenght, width and height. These pics may then lack the nice ladies in the pictures but at least provide some valuable information. 🙂

One more thing: e-Golf will use the 37 Ah cells beginning at the end of 2016/start of 2017, resulting in 36.6kWh. While they regard this a big improvement, look at what other can do!

Because meanwhile, Kreisel electric (Austria) will create battery packs for e-Golf with 55.7 kWh, proposing the same weight and dimensions of the whole pack (as the original 24.2kW made from 25Ah cells). Now go and figure out, what type of cells they will use instead of the Samsung cells! I guess, it’s cells of type 18650.

Thanks for the links Ralf.

Most likely recent 3.500 mAh cells that were introduced by Sanyo, LG Chem and Samsung SDI last year. Panasonic no longer has the monopoly of high density cells. If Tesla Motors need to, can change the battery supplier without a problem.

JFTR: Sanyo is a sub-company of Panasonic since 2011.

And while Samsung and LG may have similar cells, in case Tesla wants to switch the supplier, they may still face a problem with the sheer amount of 18650 cells that Tesla requires for Model S/X. Or with the amount of 20700 cells for Model 3. Therefore a true switch of the battery supplier will require quite some lead time and capacity planning in the supply chain. Tesla can however easily _add_ small or medium quantities of cells from other battery vendors in case this may be required at a later point in time.